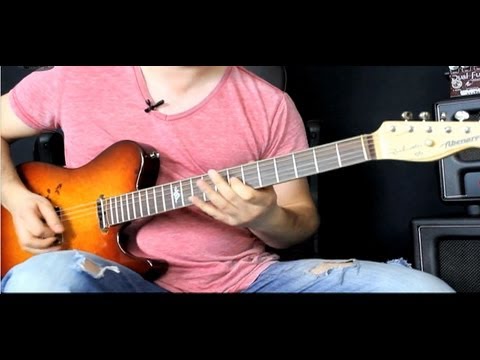 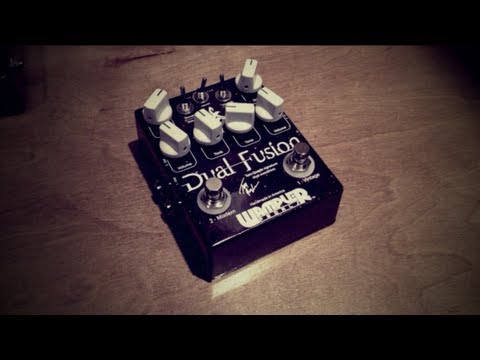 Scan code: LN78890 Manufacturer code: Dual Fusion
Share Facebook Twitter Google Reddit Pinterest LinkedIn
Order by 8:30 PM today and get it tomorrow
£210.00
Add To Basket
Get it Tomorrow, 07 JulIn stock
FREE DELIVERY ON YOUR ENTIRE BASKET
From £9.29 / month (APR 5.9%) or 0% for 4 months
If you are approved for a credit limit with PayPal Credit and use it for future purchases, the APR for those purchases won't be more than 21.9% and may be even lower.

Subject to status. Terms and Conditions apply.
spend over £280 and Buy Now, Pay Later or spread the cost of your finance over 24-48 months with a 10% deposit.
Delivery Options Services
Share Facebook Twitter Google Reddit Pinterest LinkedIn WhatsApp
Product Overview There is a new breed of fusion guitar players that have appeared in recent years and we think this the first overdrive pedal specifically voiced for these players but make no mistake, this pedal can handle any style of music that you can think of.

Fusion in its current form is a fairly new concept, with roots not only in theoretical jazz but rock; not classic blues based rock, but the more technically advanced "shredders" that first became popular in the mid to late 80's. One of the forerunners of this genre is Tom Quayle. Tom is the UK's finest and most in demand exponent of modern fusion. With a rich theoretical knowledge, a student base that contains not only "regular" players but also some absolute stellar names in the industry, and a pair of ears that are completely unforgiving he has never been able to locate a pedal he can use that allows him to be the guitarist he truly is.

When we first met Tom in early 2012, he was already using our Euphoria and Paisley Drive stacked together to give him the tones he required. But, something wasn't quite right; those pedals are voiced for other genres of music altogether so we set about honing the tones to match his style of playing. He needed more transparency, a tighter and controlled response on the bass end and when stacked up they needed to sound and feel like an amp running at high levels and give each string complete clarity and response.

Over a year later, we had the Dual Fusion. With two independent circuits that are based, but are completely modified, on the Euphoria and Paisley Drive, Tom finally has a tone that can be used when he is in full flow as a musician.

The Wampler Pedals Dual Fusion, the first pedal to be specifically voiced for the fastest growing breed of musicians around. With the most versatile stacking/signal path options available on an analog pedal, it is the foundation of modern Fusion… Add in the versatility you expect from Wampler Pedals, the Dual Fusion will appeal to guitarists from all genres at all levels.

Additional Notes:
WAMPLER Pedals Limited Warranty. WAMPLER offers a five (5) year warranty to the original purchaser that this WAMPLER product will be free from defects in material and workmanship. A dated sales receipt will establish coverage under this warranty. This warranty does not cover service or parts to repair damage caused by accident, neglect, normal cosmetic wear, disaster, misuse, abuse, negligence, inadequate packing or shipping procedures and service, repair or modifications to the product, which have not been authorized by WAMPLER. If this product is defective in materials or workmanship as warranted above, your sole remedy shall be repair replacement as provided below. - See more at: https://www.wamplerpedals.com/tom-quayle-dual-fusion#sthash.3NPuCLXc.dpuf