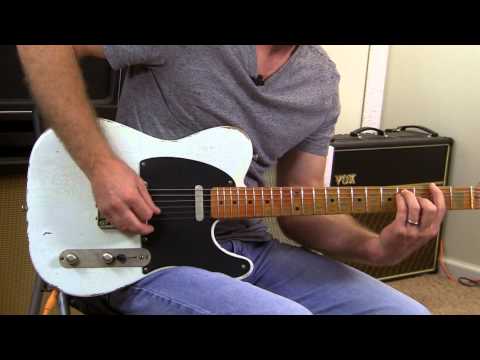 Scan code: LN78882 Manufacturer code: Paisley Drive
Share Facebook Twitter Google Reddit Pinterest LinkedIn
Order by 8:30 PM today and get it tomorrow
£189.00
Add To Basket
Get it Tomorrow, 07 JulIn stock
FREE DELIVERY ON YOUR ENTIRE BASKET
From £16.25 / month (APR 5.9%) or 0% for 4 months
If you are approved for a credit limit with PayPal Credit and use it for future purchases, the APR for those purchases won't be more than 21.9% and may be even lower.

Subject to status. Terms and Conditions apply.
spend over £280 and Buy Now, Pay Later or spread the cost of your finance over 24-48 months with a 10% deposit.
Delivery Options Services
Share Facebook Twitter Google Reddit Pinterest LinkedIn WhatsApp
Product Overview There is a good story behind how it came about that Brad Paisley ended up using Wampler Pedals that involved the throwing of one of his modded pedals …. And that is exactly what happened. Whilst Brad Paisley was happily mid show, Brian threw a modded pedal onto the stage hoping that Brad would notice and plug in and play. The good news was that Brad's tech picked it up, played it - loved it and passed it to Brad who took it away, played with it and loved it as well. From that moment on, he has been using and singing the praises of Wampler Pedals.

Brad used the Ego, Underdog and Faux Analog Echo for a few years. Brad's new tech, Chad, mentioned to Brian that Brad wasn't 100% happy with his tone and maybe they could all work together to make the perfect overdrive for Brad to tour and record with.

Paisley's requirements were quite "simple" it needs to be clean but get crunchy with some "beef" to it. It needs to have a fluid tone when soloing. It needs to add a little hair to the tone but then but then has to be able to give flat out ball busting gain, oh… but please do not wreck the tonality. It needs to have everything, in a pedal format, but do not make it sound like a pedal!

During the following months, Brian created a range of circuits and sent them off, after the "tweaks" that you would expect to make when working a player chasing a certain tone. finally, the official "prototype #2.0" landed, and found its way straight into Brads live rack and out on the road on the 2010 "Brad Paisley: H20" world tour.

The exceptional thing about this pedal is its ability to work with all guitars, not just the telecaster style. Your strat will be more than happy and it loves humbucker equipped guitars. In fact, instead of different drive pedals for different guitars this one could be you're go to drive pedal for all your axes.

The tone controls that are built in, the mid contour and presence switches (these give three completely different EQ styles - warm mids, neutral, and a more mid scooped tone, will make this pedal one of the most complete and versatile pedals that you will ever own.

Brad Paisley: "…we actually recorded this (pedal) in the studio, you know, trying it out. I turned up a Trainwreck Amp that I've got and compared the sound of the distortion and it was very, very similar. And that's a very good test because any time a pedal can mimic a great overdriven amp then you're on to something…"

Additional Notes:
WAMPLER Pedals Limited Warranty. WAMPLER offers a five (5) year warranty to the original purchaser that this WAMPLER product will be free from defects in material and workmanship. A dated sales receipt will establish coverage under this warranty. This warranty does not cover service or parts to repair damage caused by accident, neglect, normal cosmetic wear, disaster, misuse, abuse, negligence, inadequate packing or shipping procedures and service, repair or modifications to the product, which have not been authorized by WAMPLER. If this product is defective in materials or workmanship as warranted above, your sole remedy shall be repair replacement as provided below. - See more at: https://www.wamplerpedals.com/brad-paisley-paisley-drive#sthash.uFccN4xZ.dpuf