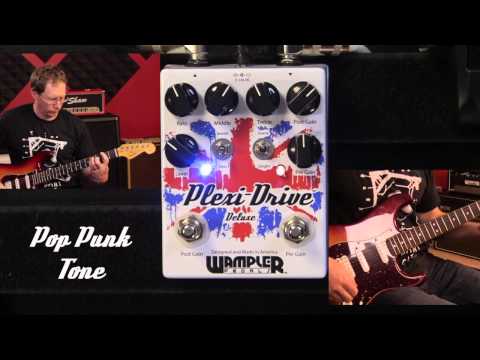 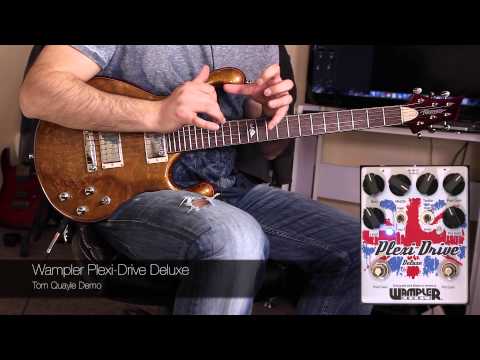 Scan code: LN78878 Manufacturer code: Plexi-Drive Deluxe
Share Facebook Twitter Google Reddit Pinterest LinkedIn
£218.00Item currently awaiting an ETA
Pre Order
Pre order
FREE DELIVERY ON YOUR ENTIRE BASKET
From £9.64 / month (APR 5.9%) or 0% for 4 months
If you are approved for a credit limit with PayPal Credit and use it for future purchases, the APR for those purchases won't be more than 21.9% and may be even lower.

Subject to status. Terms and Conditions apply.
spend over £280 and Buy Now, Pay Later or spread the cost of your finance over 24-48 months with a 10% deposit.
Delivery Options Services
Share Facebook Twitter Google Reddit Pinterest LinkedIn WhatsApp
Product Overview Based on the classic Wampler Pedal “Plexi-Drive”, the Plexi-Drive Deluxe builds on the foundation of the original and gives you considerably more control to shape your tone. With a 3 band active EQ and additional brightness control, the Plexi-Drive Deluxe takes a huge step forward into the modern era of pedals. Complete with the perfectly voiced pregain booster, you can achieve almost any Plexi tone from virtually any amp.

Since the early 60’s, Marshall Amplifiers® have lead the way in rock tones with its legendary tight overdrive and coveted bass response. Early rock legends such as: Jimi Hendrix, Led Zeppelin, Cream, and AC/DC helped lead the way in creating some of the most iconic rock tones ever produced and catapulted Marshall® into rock legendary status.

With the addition of an all-new active 3 band Bass/Mids/Treble EQ stack – you can now have even more tonal control. With the bass boost option, you can emulate the feeling of the low-end thump of a 4×12” cabinet (or two) at the flick of a switch and can allow you to dial in your low end at lower volume gigs or at bedroom volume levels. To compliment this, we also added a bright switch to add high end sparkle – which makes changing from bright to dark guitars (and amps) a breeze. The Plexi-Drive Deluxe also features a one knob, pre-gain boost soft click switch that is voiced like “that ‘valve’ screaming green overdrive with pronounced mids” – to help push your leads into thick creamy overdrive.

Your search for the perfect versatile M.I.A.B. (Marshall® in a Box) can finally be over.

Additional Notes:
WAMPLER Pedals Limited Warranty. WAMPLER offers a five (5) year warranty to the original purchaser that this WAMPLER product will be free from defects in material and workmanship. A dated sales receipt will establish coverage under this warranty. This warranty does not cover service or parts to repair damage caused by accident, neglect, normal cosmetic wear, disaster, misuse, abuse, negligence, inadequate packing or shipping procedures and service, repair or modifications to the product, which have not been authorized by WAMPLER. If this product is defective in materials or workmanship as warranted above, your sole remedy shall be repair replacement as provided below. - See more at: https://www.wamplerpedals.com/plexi-drive-deluxe#sthash.9ZrJtwPx.dpuf