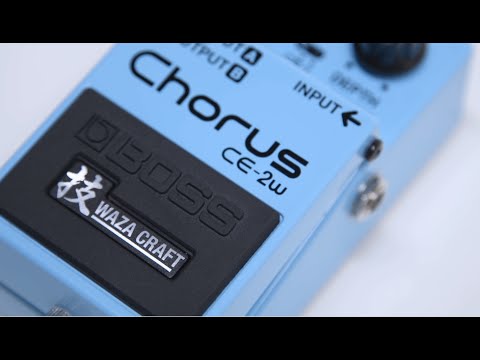 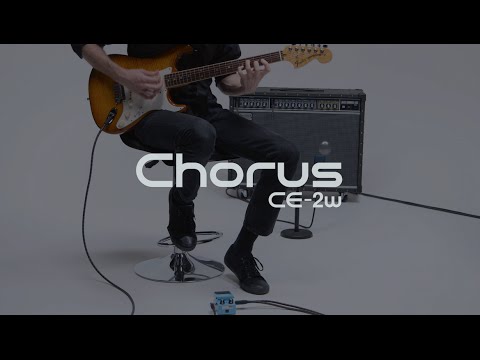 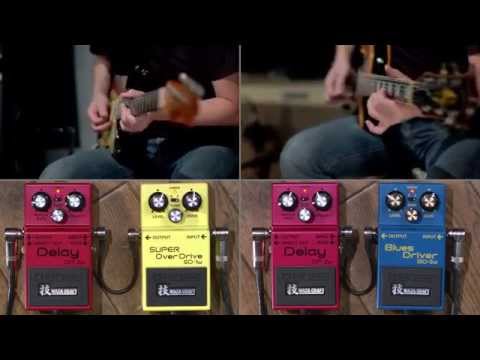 Scan code: LN82571 Manufacturer code: CE-2W
Share Facebook Twitter Google Reddit Pinterest LinkedIn
Order now and get it tomorrow (upgrade to Sunday delivery at checkout)
£196.75
Add To Basket
Get it Tomorrow, 03 JulIn stock
FREE DELIVERY ON YOUR ENTIRE BASKET
From £16.91 / month (APR 5.9%) or 0% for 4 months
If you are approved for a credit limit with PayPal Credit and use it for future purchases, the APR for those purchases won't be more than 21.9% and may be even lower. A Reborn InnovationMaking its debut in 1976, the CE-1 Chorus Ensemble was not just the first chorus effects pedal, but the very first BOSS pedal ever. After three years, this innovative new sound was made into a compact blue CE-2 Chorus, have remained in the stomp box format ever since. Four decades later, the spacious modulated tone of the signature BOSS effect is continuously adored by musicians around the world.

In celebration of its 40th anniversary, the original analogue chorus sounds are now reborn with the Waza Craft CE-2W. The CE-2W’s Standard mode recreates the iconic CE-2 chorus sound, and adds an expansive new sound field with stereo output, previously unavailable in the mono CE-2. CE-1 mode completely recreates the stereo chorus and vibrato sounds of the legendary CE-1, with the addition of variable chorus depth which you can’t get in the original pedal. To commemorate the birth of BOSS effects, the CE-2W is made exclusively in Japan, just like the original CE-1 and CE-2 were.

The Art of Superior Tone Waza CraftFrom the start, engineers at Boss have been dedicated to creating the finest guitar tones possible using a range of technology from old-school analog circuits to high-tech DSP. Continuing their passion, Boss proudly present the Waza Craft series.

In Japan, “Waza” means art and technique, suitably named, these special edition pedals carry the Waza symbol to represent the best of Boss design and craftsmanship. The final sound is approved by Boss in Japan, the Waza Craft series gives you incredible tone and control response through carefully-chosen analog components, refined circuitry, and close attention to detail.