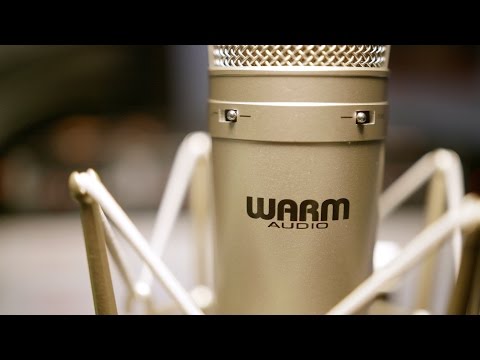 Scan code: LN76519 Manufacturer code: WA-87
Share Facebook Twitter Google Reddit Pinterest LinkedIn
£569.00Item currently awaiting an ETA
Pre Order
Pre order
FREE DELIVERY ON YOUR ENTIRE BASKET
From £17.25 / month (APR 5.9%) or 0% for 4 months
If you are approved for a credit limit with PayPal Credit and use it for future purchases, the APR for those purchases won't be more than 21.9% and may be even lower.

Based on classic 60s circuitry, the WA-87's rich sound became a favorite of countless producers, engineers, and home recordists everywhere. It was our first microphone and a verifiable hit, and in recent years we've followed it with many other successful and ground-breaking designs.

In every studio, you should find a pair (if not more) of top drawer large-diaphragm condenser microphones. Warm Audio’s WA-87 R2 takes inspiration from one of the most iconic. It can turn it’s hand to almost anything, and always produce world beating results. Make a vocal part stand out in the mix, make those floors tom’s shake the room.