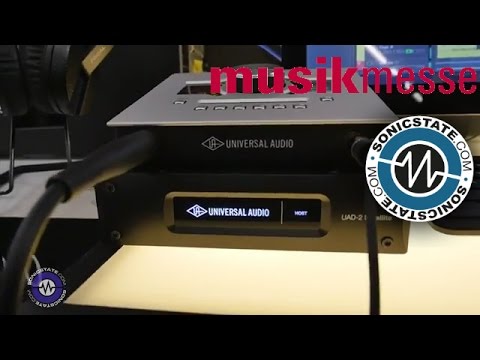 Scan code: LN71759 Manufacturer code: USBSATQ-C
Share Facebook Twitter Google Reddit Pinterest LinkedIn
£568.99Item overdue since 25 October 2021
Pre Order
Pre order
FREE DELIVERY ON YOUR ENTIRE BASKET
From £17.25 / month (APR 5.9%) or 0% for 4 months
If you are approved for a credit limit with PayPal Credit and use it for future purchases, the APR for those purchases won't be more than 21.9% and may be even lower.

The Industry’s Most Respected Audio Plug-Ins

Analog Classics Plus BundleFrom serious home recording to award winning mix engineers, UAD Powered Plug-Ins have been winning over audio professionals for over 10 years. For no reason other than no other plug-ins being capable of faithfully capturing the sound and behavior of classic analog equipment as accurately as these do. From rare compressors and equalizers, to vintage reverb processors and tape machines. With the Analog Classics Plus plug-in bundle, you’re set to start mixing with iconic tube equipment like the Fairchild® 670 and the Pultec® EQP-1A EQ. You also get a dedicated suite of powerful mixing plug-ins and UA’s landmark 610-B Tube Preamp and EQ plug-in. UA 610-B Tube Preamp and EQEnhance your tracks with the legendary warmth and tone of the classic hardware used to track everyone from Duke Ellington to Coldplay. By emulating the entire signal path, including tube amplifiers, transformers, and circuit nonlinearities, the 610-B Tube Preamp and EQ plug-in adds organic detail and character to any signal. Fairchild® 670 (Legacy)The world’s most desired compressor, the classic Fairchild 670 tube limiter will give your tracks and mixes essential tube warmth and character. If you’re looking for subtle compression on a lead vocal, or heavier textures that can work on guitars, bass, or a drum bus, the Fairchild 670 plug-in adds a new life to anything you run through it. 1176SE/LN® Classic Limiting Amplifiers (Legacy)Providing classic, ultra-fast FET compression from the world’s most recognized compressor. The 1176 will add punch, presence, and character along with its signature distortion overtones on drums, vocals, guitars, and bass. The 1176LN has appeared countless recordings, from Led Zeppelin, to the White Stripes and Michael Jackson. Pultec® Pro Equalizers (Legacy)Mix with two of the most in demand hardware EQs ever made, the MEQ-5 Midrange Equalizer and the EQP-1A Program Equalizer. Both of these tube-based legends offer smooth and silky EQ curves with plenty of warm analog character. RealVerb ProRealVerb Pro is a versatile, natural sounding reverb based on UA’s own unique set of algorithms. Allowing you to design the room just as you hear it, the RealVerb Pro goes further than just big/small or dark/bright, giving your sources distortion-free, smooth diffusion control and ultra-long reverb tail. More When You Need ItThis UAD-2 Satellite USB is the QUAD version with four SHARC processors, but is available as an OCTO model with eight processors. The Science Behind The ScenesWhen developing UAD plug-ins, UA’s engineering group go through a complex and detailed physical modeling of classic audio hardware, “rebuilding” vintage analog gear in the digital world, one component at a time.

This is how UAD plug-ins replicate the exact, sometimes quirky, behavior of analog hardware, bringing its rich, three-dimensional sound and harmonics "in the box."