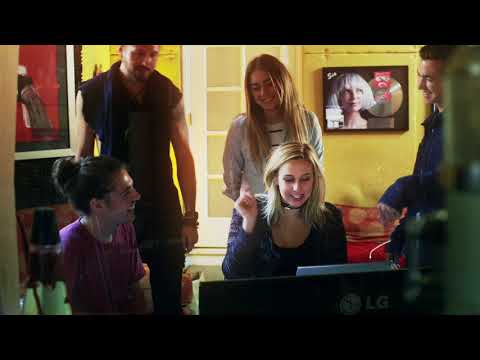 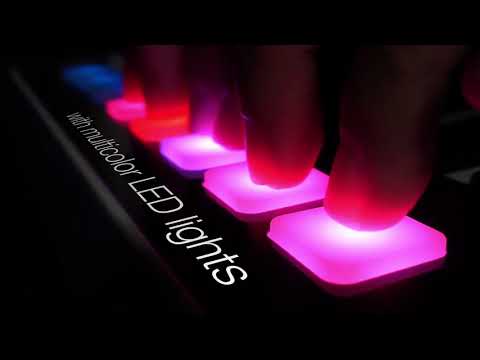 Scan code: LN88933 Manufacturer code: IP-IRIG-KEYSIO49-IN
Share Facebook Twitter Google Reddit Pinterest LinkedIn
£226.00Item currently awaiting an ETA
Pre Order
Pre order
FREE DELIVERY ON YOUR ENTIRE BASKET
From £10.85 / month (APR 14.9%)
If you are approved for a credit limit with PayPal Credit and use it for future purchases, the APR for those purchases won't be more than 21.9% and may be even lower.

Subject to status. Terms and Conditions apply.
spend over £280 and Buy Now, Pay Later or spread the cost of your finance over 24-48 months with a 10% deposit.
Delivery Options Services
Share Facebook Twitter Google Reddit Pinterest LinkedIn WhatsApp
Product Overview The all-in-one music production station that goes anywhere you want - A total music production system in a controller
The iRig® Keys I/O series evolves the concept of traditional controllers as the only one available on the market that integrates 25 or 49 full sized keys together with a fully-fledged professional audio interface featuring 24-bit audio up to 96kHz sampling rate, balanced stereo and headphone outputs, plus a combo input jack for line, instrument or mic input (with Phantom power.)

Together with an audio interface, iRig Keys I/O also packs all the controls you would expect from a premium controller including velocity sensitive multicolored pads and programmable touch-sensitive sliders, buttons and knobs for unique expressiveness and fast workflow.

Both iRig Keys I/O 25 and 49 are also the smallest controllers with full sized keys on the market making them the best solution for working in small spaces and ideal when it comes to having a controller for traveling musicians, in addition to the consideration that they are the only truly mobile devices that can also work on AA batteries.

Being certified Apple MFi keyboard controllers (“Made for iPod, iPhone, iPad,”) iRig Keys I/O are guaranteed to work out of the box with all iOS devices including the latest generation of iPhone 7, that does not have an audio output, thanks to the on-board audio interface. The included Lighting cable allows for straight plug-and-play with Apple iOS devices, the USB cable connects Mac and PC computers.

Plus with over $/€550 (25) and $/€750 (49) worth of IK full software and apps they include an unmatched selection of everything that is needed to make complete, finished productions out of the box like the full SampleTank 3 sound and groove workstation, Miroslav Philharmonik 2 CE orchestral workstation, Syntronik Pro-V vintage synthesizer, T-RackS Deluxe mix and mastering suite and more, as the ultimate music production station.

The only controller with an audio interface
Having a professional 24-bit / 96kHz capable complete audio interface built-in with iRig Keys I/O presents many advantages versus regular controllers for today’s musicians. The system becomes self-contained taking up minimal space in any situation whether on a small studio desk or when playing live and traveling. The set-up is also kept to a minimum and is as fast and easy as just plug and play. The work environment becomes clean and tidy, without a bunch of extra cables.

In a recording studio, everything can be connected directly to the keyboard ensuring the best possible quality with a Class A preamp for dynamic and condenser mics (including those requiring 48V Phantom power, which works under battery power as well,) to line instruments and even Hi-Z guitars and basses. The built-in headphone output allows for convenient silent playing when studying or practicing. Plus, when used in live performances the balanced stereo output allows for long cable runs directly from the keyboard to the PA or mixer which is useful for performing keyboard players or DJs.

All of this makes iRig Keys I/O controllers the ideal creative center of your studio or live performances, in any situation, providing a convenient solution even more affordable than having to buy a controller and an audio interface separately, that is simply unrivaled in today’s market.

Take control with touch controls
Despite their ultra-compact dimension, iRIg Keys I/O include all the tactile controls you would expect from a fully-fledged controller and more. Starting with a fast synth-action key bed that improves on all preceding IK keyboards and it’s a joy to play. Both the models feature one volume/ data push knob, 4 touch sensitive knobs on 2 banks (acting as 8 total controls) and 8 multicolored, velocity sensitive pads. Plus, there are 2 fully programmable touch control strips acting by default as Pitch and Mod controls allowing for dramatic performances in any genre and double as fully programmable sliders.

A complete touch sensitive transport and button control section rounds out the controls available. All knobs, sliders and buttons are touch-sensitive using capacitive technology for ultra-fast action and immediate feedback, displaying the related parameter value just with a simple touch.

Perfect for mobile, great with computer
iRig Keys I/O work universally with all types of devices whether mobile, laptop or regular desktop computer. They are ideal for iPhone and iPad thanks to the included Lighting cable connections and certified MFi compatibility. Additionally, they offer more iOS friendly features that can’t be found with any other controller like the included mobile device stand and the possibility to keep the device charged during long playing session using an optional power supply adapter, and of course the included audio interface that makes them perfect when used with the latest generation iPhone 7 that lacks a mini jack audio output.

The fact that they are also the only keyboard controllers that work on AA batteries make them an ideal solution for mobile mini laptop computers where the USB port can’t supply enough current to power the keyboard. Musicians working on multiple devices will also find iRig Keys I/O the most convenient solution for bridging their work across multiple platforms by using the same controller.

Save space, travel light
With a size that is over 30% smaller (for the 25 keys) to nearly 50% smaller (for the 49 keys) than the smallest competitor, iRig Keys I/O are the most compact full size keys controllers on the market today (plus with the included audio interface they take up even less space.) This is a major advantage when it comes to working in small studio spaces or in a regular studio where the space available for the keyboard controller is minimal.

Plus, iRig Keys I/O can’t be beaten for the traveling musician, not only for their minimal dimensions but also because they are 25% lighter than the lightest competitor. There is also a convenient travel bag available (sold separately,) for both models.

Full professional software ready to go
iRig Keys I/O comes with the largest selection of software and apps amongst any comparable controller. While reduced or light versions of software are generally bundled with other controllers, iRig Keys I/O includes a staggering quantity and value of full software. Starting with the full version of SampleTank 3 sound and groove workstation, T-RackS 4 Deluxe mix and mastering suite, Syntronik Pro-V vintage synthesizer and Miroslav Philharmonik 2 CE* orchestral workstation for Mac/PC, iRig Keys IO includes 13 full plug-ins (3 instruments and 10 dynamic and EQ audio processors), over 5,000 sounds and 43 GB of samples, that is roughly ten times more than the closest competitor. Plus, for iPhone and iPad users the full version of SampleTank, Syntronik Pro-V and Miroslav Philharmonik 2 collection* are also included for a staggering value of $/€750 (49 keys version) and over $/€550 (25 keys version.) Just add your preferred DAW or a powerful free composing tool like GarageBand and make entire compositions in any music style (acoustic, electric, electronic) and any genre right out of the box.

DAW-ready of out the box
Works right out of the box with popular Digital Audio Workstation (DAW) software like Ableton Live, Studio One, GarageBand and Logic.

iRig Keys I/O is the plug-and-play production solution that sets up easily taking the time and worry out of configuring multiple devices, simplifying your setup and allowing for more focus on creativity.

Designed for the creative minds who need a fast, intelligent way to record vocal lines, dialog or instruments without weighing down their setup, this handy tool lets you quickly record an external sound source without the need to bring extras like a cable or stand.

With a frequency response from 100Hz to 15kHz (-3dB) and the ability to capture sounds up to 130 dB SPL, this gooseneck microphone might be just the perfect solution for your needs. Slide it in a backpack and you are good to go.