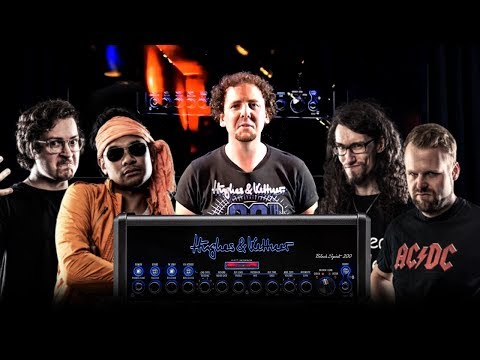 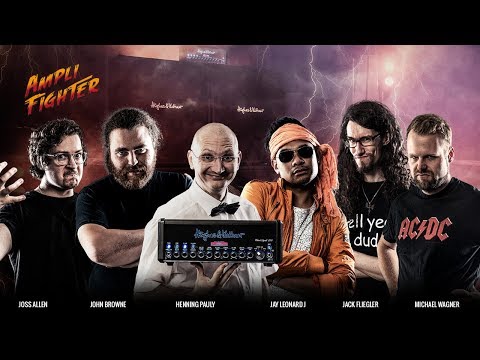 Scan code: LN92939 Manufacturer code: BKS200
Share Facebook Twitter Google Reddit Pinterest LinkedIn
£599.00Item currently awaiting an ETA
Pre Order
Pre order
FREE DELIVERY ON YOUR ENTIRE BASKET
From £20.47 / month (APR 14.9%)
If you are approved for a credit limit with PayPal Credit and use it for future purchases, the APR for those purchases won't be more than 19.9% and may be even lower.

'Like no amp before' Hughes & Kettner’s ‘Black Spirit 200’ promises to take you on an all-encompassing journey through the decades of music. Four channels exploding with sounds sure to tickle your tone bone, you’ll never tire of the BlackSpirit 200 and it’s sure to give you one of the most exciting playing experiences you’re ever likely to have. Incredible practicality thanks due to it’s unbelievably lightweight build, coming in at just 8lbs. This amp is packed full of sounds and features sure to keep you busy, the BlackSpirit 200 is just as comfortable in your bedroom or in front of 1000’s of people. The feel and sound of an all tube amplifier, the ambidexterity of a modelling amplifier and the reliability of a solid state amplifier. All of this is within the BlackSpirit 200’s gorgeous chassis. It’s simply like nothing else out there.

It's about much more than just tubes Hughes & Kettner spent a long time exploring the ‘origin of tonal magic’ of tube amps, delving to great depths to discover what it is that draws the fanatics towards tubes. What was discovered was this, it’s about much more than the tube alone. The real magic lies in all the dynamic interactions between circuits, amp stages, transformers and guitar cabinets. Factoring all of this in, it becomes a very complex and dynamic phenomena which in itself creates a super rich, organic sound, which guitarists find themselves on an almost never ending quest to find…

Hughes & Kettner’s patented Spirit Tone Generator tech works on recreating the organic, yet complex interactions of tube amplifier circuits, via a digitally controlled, but completely analogue base. The Spirit Tone Generator has the physics of tube amplifier workings nailed down, with all the reliability of a transistor amp. All the behaviours you would expect to find on a tube amp, it’s behaviours and responses, which encouraging playing without boundaries. In short, the BlackSpirit 200 is here to bring out the best in your playing.


Bring out the best in the amp, without bringing down the house A large part of great guitar tone, be it a glistening clean sound, gritty crunch and those white-hot leads is due to a drop in power supply voltage when transient signals spike and hit the amplifiers output stage with a large degree of force. For the first time in history, Hughes & Kettner added a ‘sagging’ knob on the front of the amp, to allow us to control the power amp’s sag and let’s us add in crunch and warmth, without having to crank the amp up to neighbour disturbing levels.

The BlackSpirit 200 houses 4 separate channels, which, from beginning to end can take you throughout decades of classic, well known and instantly recognisable guitar tones. In addition there’s a whole range of on-board digital reverbs, modulations and delays to make the BlackSpirit 200 a fantastic all round workhorse capable of turning it’s hand to, well, anything!

Ever parameter on the BlackSpirit 200, master volume aside can be saved in one of up to 120 banks and called upon at the push of a button (or the tap of your foot if you take on the optional FSM-432 MK III MIDI board). In the studio, in your bedroom or on stage, the BlackSpirit 200 is there to serve whatever your need. Digitech Wanna really make your new amp scream? Look no further than the legendary Digitech Whammy. Stand next to luminaries such as Steve Vai, Tom Morello, Dimebag Darrell when you add the Whammy to your pedal board. A genuinely unique pedal centered around pitch shifting and harmonising effects.