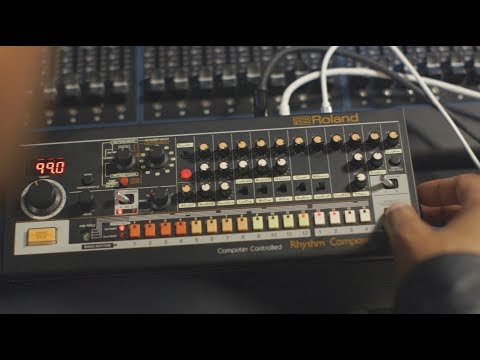 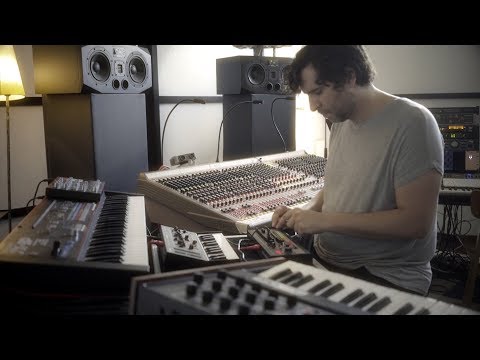 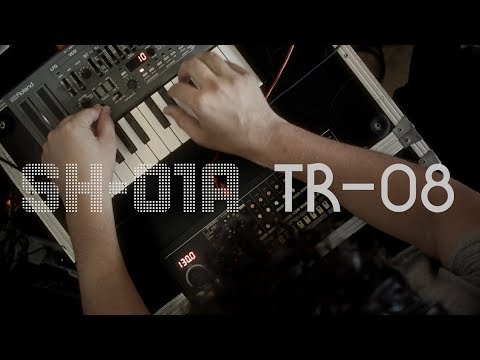 Scan code: LN83787 Manufacturer code: TR-08
Share Facebook Twitter Google Reddit Pinterest LinkedIn
Order by 8:30 PM today and get it tomorrow
£315.00
Add To Basket
Get it Tomorrow, 26 MayIn stock
FREE DELIVERY ON YOUR ENTIRE BASKET
From £13.93 / month (APR 5.9%) or 0% for 4 months
If you are approved for a credit limit with PayPal Credit and use it for future purchases, the APR for those purchases won't be more than 21.9% and may be even lower.

A Redesigned ClassicThe TR-08 is an incredibly detailed and true replica of the legendary TR-808, one of the most famous and influential drum machines in the world. Since creating a monumental change in the sound of music, the “808” has continuously shaped and defined entire styles of music. Love by musicians and producers around the world, it’s one of the most renowned and sought-after electronic musical instruments of all time. The TR-08 provides the look, sound, and feel of the original 808, with outstanding accuracy in Roland’s Boutique format. It combines attention to detail and pays tribute with enhanced convenience and reliability, perfect for modern day needs.

Boom In The Room

The Sound That Made HistoryBorn in 1980 the TR-808 became available to an unsuspecting and somewhat confused public. At the time, many noticed its purely analog sound and range of tweakable parameters didn’t really produce “traditional” drum sounds.

Then once adventurous musicians and producers started using the TR-808, they began tweaking those knobs that the world would completely change the sonic impact that would later change music forever.

The sizzling hi-hats and snappy snare, the robotic, clicky rim shot, the unmistakable cowbell, and even that booming bass drum, would be heard on thousands of tracks for the next three decades. Hits from all over the world, underground classics, and entire genres were then created. Its influence is so monumental that it’s been mentioned in famous tracks, had albums dedicated to it and bands named after it, a feature-length documentary film has also been made about this.

The Real DealThe TR-808’s is still just as influential now as it ever was. New genres still make use of the 808, often used as the main instrument and key sound of the music. You can still use samples of a TR-808, but why do that when you can have the real thing.

The buttons, knobs, and switches, and odd quirks of the 808’s user interface, displays how the sounds interact with each other, they’re all incredibly important to creating up that real 808 feel, which you’re sure to recognize when you hear it.

The new TR-08 features some thoughtful and modern enhancements to the classic formula. The sequencer has 16 sub-steps per step, so you can create complex snare fills and detailed, rolling hi-hats. It also comes with a track-selectable trigger out for using simultaneously other instruments such as the TB-03, SH-01A, or modular gear. An informative LED display gives you further control of tempo and shuffle. You can step-program or tap in your parts in real-time without stopping to change modes. Everything sends and receives MIDI control messages and it also supports audio and MIDI over USB.

Modern ConvenienceOriginal TR-808s are big and heavy, and when found on the used market, their rarity makes them incredibly expensive. As a result, many have resorted to 808 sample packs or hardware knockoffs. But the the colors and controls and, of course, the sound of a genuine TR-808 all adds to a charm that brings home the sound of multiple classic tracks.

The TR-08 truthfully recreates what makes the 808 so special. The interface, although its smaller, is 100% authentic. The sound is vibrant and alive thanks to the proprietary Analog Circuit Behavior (ACB) technology. Roland use ACB to carefully recreate all the details and characteristics of the original hardware by modeling each analog circuit, all the way down to the component level.

The TR-08 looks and sounds the part, whilst featuring some modern features and conveniences. With all this beat-making power, it would be a shame keep it restricted to studio use only. Usable no matter where inspiration strikes and also great for live use, the TR-08 is small enough to take almost about anywhere. It’s comes in a rugged enclosure with sturdy control, buttons, and switches. Along with several tilt options for easy viewing no matter what the live or studio scenario is.

It can be a low-latency, portable audio interface. Featuring a built-in speaker, and even runs on batteries for when the beat absolutely must continue. With all this power and versatility, you’re bound to be surprised by the TR-08’s affordable price, putting the legendary 808 style within reach of almost anyone who’s ever dreamed of owning the legendary original.