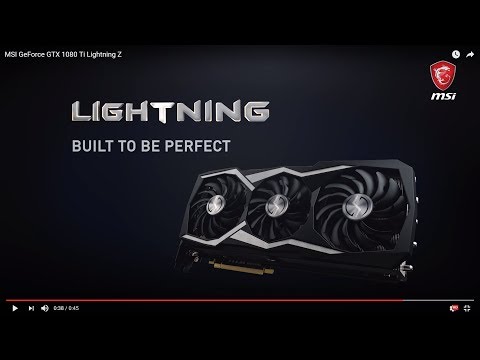 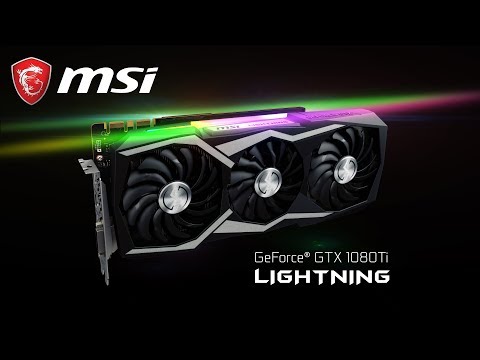 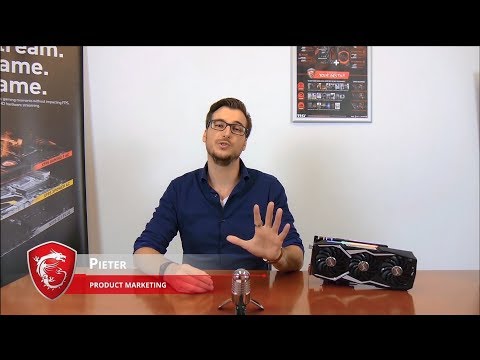 Lightning Series Graphics Cards
MSI LIGHTNING graphics cards are engineered for perfection. Using the best components and industry-leading design technologies, MSI LIGHTNING graphics cards have been at the top of the overclocking world for years. Advanced cooling, cutting edge features and a premium quality experience make it the best choice for those looking for top level performance.

Catch The Vibe with Amazing RGB Effects
Customize and set up your own colour scheme with RGB Mystic Light. Select any of the colours from the palette using your smartphone or the MSI Gaming App to match your system style. Bored of the same colours? Simply change the complete look of your system in 1 second!

Mystic Light Sync
Synchronize your Mystic Light colours and effects for your whole system and peripherals.

Personalize Your Lightning
Customize the look of your LIGHTNING to match your build using the included colour highlights.

Tri-Frozr Thermal Design
Using three of the award-winning TORX 2.0 Fans with Double Ball Bearings, the new LIGHTNING is once again the pinnacle of air cooling.

• Dispersion Fan Blade: Has a steeper curved blade which accelerates the airflow, increasing its effectiveness.
• Traditional Fan Blade: Pushes down a steady airflow to the massive heatsink below.

Active Backplate Cooling
A thick heatpipe connects to the back of the PCB and runs almost the entire length of the backplate for additional heat dissipation.

Designed for Overclocking
Built from scratch and designed to deliver the highest stability when overclocking, the MSI Lightning PCBs are the envy of the industry. This generation uses 14 of the industries’ highest rated DrMOS power phases as part of new ground-breaking Enhanced Power Design, delivering plenty of punch for stable extreme overclocking. Incredibly well designed, it doesn't require any external modifications to reach world-record breaking performance.

Quadruple Overvoltage
Through MSI's unique design you can apply voltages to not only the GPU and Memory, but also an auxiliary voltage that is relevant to your card's extreme performance.

V-Check Points
V-Check points allow you to accurately measure the voltages of your graphics card as software will always show a small variance and this can be disastrous under wrong circumstances.

Military Class 4 Components
Military Class 4 is the next step in high quality components. The Hi-c CAP, Super Ferrite Choke and Dark CAP will make sure that your PC runs more stable under extreme OVERCLOCKING conditions.

DrMOS 60A
DrMOS is the next-gen MOSFET which is used to deliver the power for the GPU. On the Lightning, we use the highest rated DrMOS available. The use of 60A DrMOS means that 16 power phases is more than enough for record-breaking performance. Because DrMOS is a 3-in-1 chip, it delivers much more power with less components needed.

Hi-c CAP
A Hi-c CAP is a very small, but super-efficient capacitor. Besides ensuring enough spacing around a GPU socket to install large coolers, it also allows for 93% energy efficiency. Thanks to Hi-c CAP`s MSI Lightning are the most energy efficient in the market.

Solid Cap
With their aluminium core design, Dark CAP`s has been a staple in high-end design PCB designs and provides lower Equivalent Series Resistance (ESR) as well as its over-10-year lifespan.

LN2 Mode Switch
The core ideology of Lightning is the ability to break world records, easily. With a single BIOS switch, your Lightning graphics card is ready for extreme performance, enabling you to unlock the limits of power, current and thermal. This simply means you can extract maximum performance out of your card without the risk of damaging it through soldering or other hard-mods.

For The Gamers
Lightning is built for extreme overclocking, however it’s perfectly suited for gaming as well. For the lucky few who are going to game with LIGHTNING, we’ve created a special edition of our MSI Gaming App which will detect your LIGHTNING graphics card. The OC mode will turn into Lightning Mode and by clicking it, you will gain an instant performance boost. That way you still get the best out of your LIGHTNING card while gaming.

Afterburner
MSI Afterburner is the world’s most recognized and widely used graphics card overclocking utility which gives you full control of your graphics cards. It also provides an incredibly detailed overview of your hardware and comes with some additional features such as customizing fan profiles, benchmarking and video recording.

The Latest Gaming Technologies
Pascal is built to meet the demands of next generation displays, including VR, ultra-high-resolution, and multiple monitors. It features NVIDIA GameWorks™ technologies for extremely smooth gameplay and cinematic experiences. Plus, it includes revolutionary new 360-degree image capture.

Legendary OC Potential
MSI LIGHTNING cards are designed from the ground up for extreme overclocking and extreme performance.