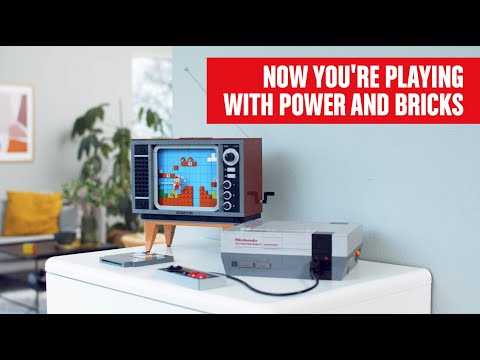 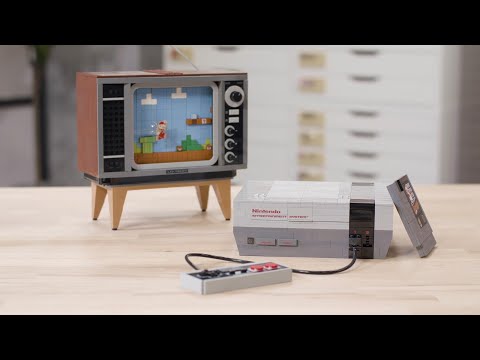 Scan code: LN115333 Manufacturer code: 71374
Share Facebook Twitter Google Reddit Pinterest LinkedIn
Order now and receive it by Friday, 27th May
£203.99
Add To Basket
Get it Friday, 27 MayIn stock
From £9.02 / month (APR 5.9%) or 0% for 4 months
If you are approved for a credit limit with PayPal Credit and use it for future purchases, the APR for those purchases won't be more than 21.9% and may be even lower. Enjoy an original Do you love video games? Did you play Super Mario Bros.™ back in the day? Or do you just enjoy a hands-on, creative activity in your spare time? If so, this nostalgic LEGO® Nintendo Entertainment System™ model kit is perfect for you. The brick-built NES is packed with realistic details, including an opening slot for the Game Pak with a locking function and a controller with a connecting cable and plug. Also included is an illustrated booklet about the creation of the Nintendo Entertainment System™ and classic NES games. Showcases the Classic Super Mario Bros.™ GameThe console comes with a buildable retro TV, featuring a flat 8-bit Mario figure on the scrolling screen, plus an action brick to scan with LEGO® Mario™ (figure not included; find in the LEGO® Super Mario™ Starter Course set – 71360) so he reacts to the on-screen enemies, obstacles and power-ups just like in the Super Mario Bros. game. The TV has a handle-operated scrolling screen and if you scan the action brick by placing LEGO® Mario™ (figure not included) in the slot on top, he will react to the on-screen enemies, obstacles and power-ups. The buildable TV measures over 8” (22.5cm) high, 9” (23.5cm) wide and 6” (16cm) deep, and alongside the NES model makes a cool display item for your home or office. the best LEGO® gift for gamersWhether you were an NES gamer back in the day, a fan of retro stuff, or are just looking for an immersive, fun, creative DIY project to leave you feeling revitalized, this 2,646-piece model building kit is ideal for you. Combine this playset with the LEGO® Mario™ figure in the LEGO® Super Mario™ Adventures with Mario Starter Course (71360) to activate the TV’s interactive features.

Watch as the Classic Game Comes to Life Enjoy the iconic theme tuneGet the interactive figure when you purchase the LEGO® Super Mario™ Starter Course (sold separately) – place him on top of the TV to watch him react to the on-screen enemies, obstacles and power-ups – all while the original game's theme tune is playing. Recreate the experienceInsert the buildable Game Pak cartridge into the console. Get your thumbs readyPlug in and tap the buttons on the life-sized controller. Let’s playTurn the handle on the TV to move 8-bit Mario across the screen.