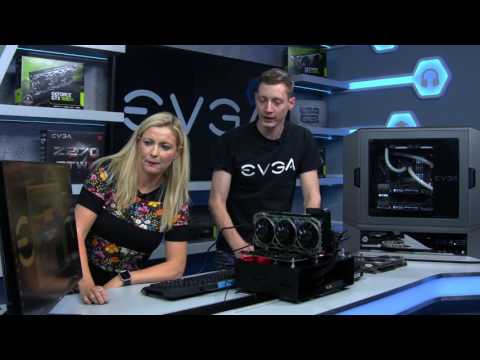 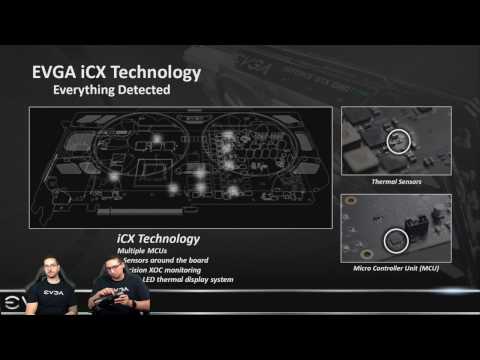 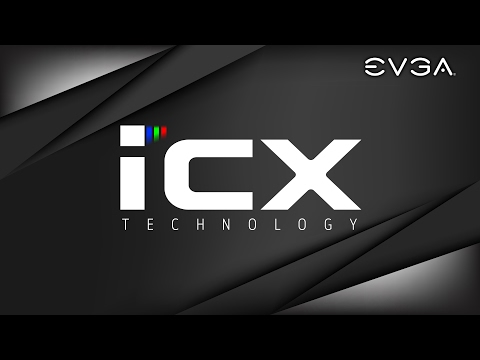 Experience EVGA’s new iCX 1070 FTW2 and its impressive new technologies. The graphics card boasts all that is expected of a top-end GPU such as G-Sync, Vulkan API and DirectX 12 and more. This card built for PC gaming comes with a phenomenal count of thermal sensors as well as visual indicators for thermal detection, a clever dual fan system and various forms of protection. The GTX 1070 FTW2 is a VR-ready graphics card that comes with rapid clock speeds and an impressive memory count, an all-round well. With selected versions of the EVGA GTX 1070 your gaming GPU will have LEDs embedded within it. This RGB LED will allow you complete control over the colour that shines through your 1070 card. This is made possible through the use of EVGAs PrecisionX OC! Customize your GPU to match or clash with your PC lighting - either way add more style to your gaming rig with the EVGA 1070. Have peace of mind when gaming with the icx ftw2

Baseplate & Backplate - All vital components inside the GPU make direct contact with these stylish and protective components, helping with such things as heat dissipation and structure rigidity. The Baseplate also has interlaced Pin Fins to help further its efforts.

Fin Design - Fin holes direct the airflow through different types of fins. Half open fins are there to maximize airflow while the L-shaped fins increase surface contact, maximizing the heat dissipation through utilising an increased surface area on the Baseplate.

Fuse Tech - This fuse can only be found on EVGA GPUs. The exclusive fuse adds yet another layer of protection to your graphics card and therefore you PC system as a whole. Utilise the iCX card from EVGA and revel in their synchronization technology. This tech will allow you to sync your gaming graphics card to your EVGA CPU Cooler and more!