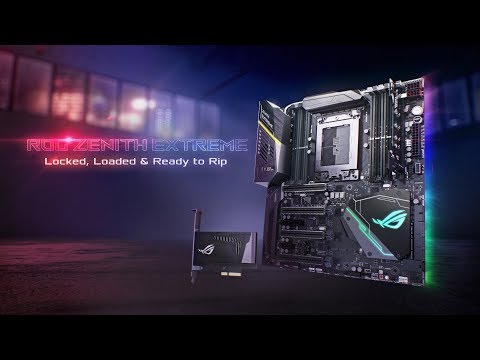 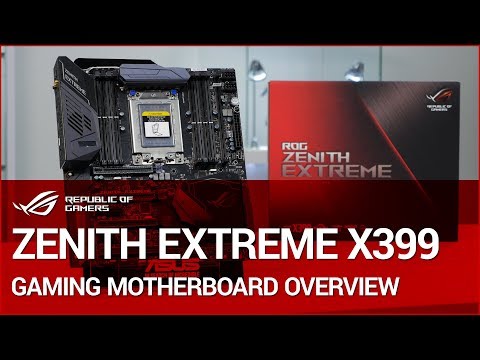 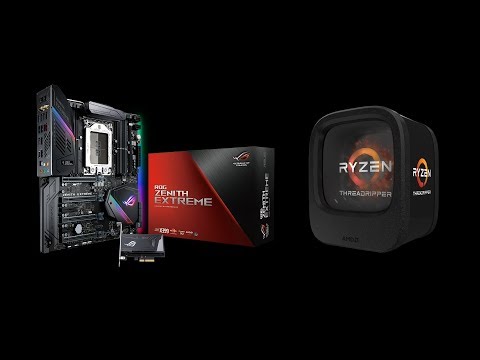 Named after the highest point in the celestial body, the new Extreme brings advanced overclocking, cooling and lighting together to push the limits of dream builds.

ROG Zenith Extreme is locked, loaded and ready to rip.

WB Sensor: One Step Further
The waterblock sensor (WB_SENSOR) is an ROG proprietary connector that integrates two thermal sensors, a flow rate sensor, and a leakage detection sensor in to a single 9 pin header.

ROG will open up the connector specifications for water block vendors to develop blocks similar to the one bundled with Maximus IX Extreme.

Watercooling Zone: Monitor Your Water Cooling Loops
With the new watercooling zone, temperatures and flow rates can be read directly into DIP5—allowing peace of mind to know that everything is functioning properly, while saving the hassle of installing third party hardware.

No Strings Attached
It’s time to get rid of cables and jump into the true immersive VR experience!

ROG Pre-Mounted I/O Shield: Not Just About Looks
Due to the unique latching mechanism of the integrated I/O shield, the new design allows for significantly greater contact between the I/O shield and the on-board connectors.

The result is an overall ESD discharge protection that is 2 times better than the industry standard.

Sonic Studio III: Audio Routing – Your Audio Control Center
Sonic Studio III’s newest feature is the ultimate control center for dorm room audio. The mapping of different audio streams to different outputs allows audio to be effectively compartmentalised so that it’s easy to share with friends or keep to yourself.

• TV – HDMI Audio: Route Chrome audio through HDMI to the TV so Netflix and YouTube play automatically through the TV and apply the Movie profile for more exciting sounds.
• Speakers – Rear Line Out: Route Spotify and Groove Music through speakers to share with your friends, while the music profile pumps up the bass.
• Headphones – Front HP Out: Route games like CS:GO and Overwatch, so you can game while others watch movies on your TV. Apply the Gaming profile for the ultimate virtual surround.

Sonic Studio Link: Ready for VR Headsets
The new Sonic Studio feature now allows you to use Sonic Studio with your VR headset. This gives you full 360-degree Surround Sound for a more immersive VR experience.

Sonic Radar III: Scan & Detect to Dominate
• 3D Engine: Sonic Radar II is built around its all new HUD with a in-game 3 dimensional arrow for a more intuitive experience.
• Audio Boost: The new audio boost feature now allows the boosted audio to be heard directly.
• Improved Audio Algorithm: The new Sonic Radar audio algorithm is now even more accurate to allows enemies to be pinpointed with even more accuracy.

AURA: Bright Up Your Build
We care and listen: The new version of the ROG AURA software features new UI layout and functionalities designed to be more intuitive and to improve user experience.

• New Colour Selector: The Aura new colour selector allows you to select the colour of your rig according to either HSV or RGB method: the choice is yours!
• Smart Mode: Smart mode allows you to adjust the CPU Temperature/loading monitoring to your PC performance.
• RGB Headers: Features standard RGB headers, & a digital addressable RGB header.
• AURA SYNC Comprehensive RGB lighting eco-system for operation with other hardware & peripherals.

DIMM.2: ROG M.2 Cooling Solution
ROG ZENITH EXTREME bundles with ROG DIMM.2, the expansion card that allows 2 M.2 drives to be connected via a DDR4 interface. The innovative design allows you to add a DRAM cooler to direct airflow towards the M.2 drives to prevent throttling caused by high-temperature.

Illuminated LED Audio Jacks: A Beacon in the Dark
The gold plated audio jacks now maintain a more refined aesthetic for the board itself while providing additional utility with LEDs mapped to the universally defined colour code.

ROG VGA Holder
The ROG VGA holder gives superior protection for your VGA card to prevent sag. The number of dedicated holes allow you to adjust the rubber supports to accommodate a variety of VGA cards.

ROG CloneDrive: Image Your Drives the Smart Way
CloneDrive is a smart and convenient software that allows you to simultaneously make an exact image or clone of your computer's storage device to up to two other drives. Simultaneously clone 40GB to two separate SSDs in 10 mins.

RAMCache II: The Cache That Works in a Flash
ROG RAMCache the uniquely-intelligent technology that effectively caches an entire storage device for improved performance just got better.

• Assign connections for every application for the smoothest-ever gameplay.
• Combine all your multiple gateway network connection for maximum bandwidth.