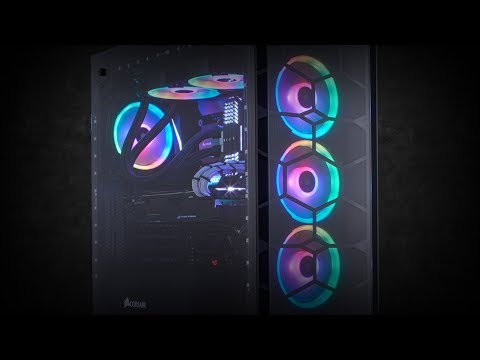 True Efficiency for Every Task CONTROL the FAN SPEED TO YOUR NEEDS The 120mm fan blades have been engineered for high airflow and static pressure. PWM fan control provides dynamic speed adjustment so you can choose to reduce the noise or maximize your airflow. Another amazing feature of the LL series fans is that you to set the fan to not spin when the temperatures are low, allowing you to have near silent computing.

Create a Symphony of Colour lighting synchronization with node pro You can take your lighting a step further with the included Lighting Node Pro. Create dazzling lighting patterns and effects with the CORSAIR ICUE software to truly bring your system to life, along with the ability to synchronize all your RGB lighting across your ICUE compatible products.