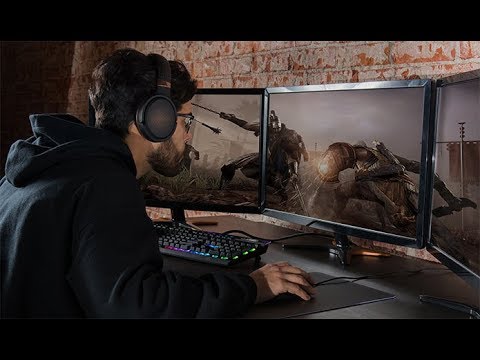 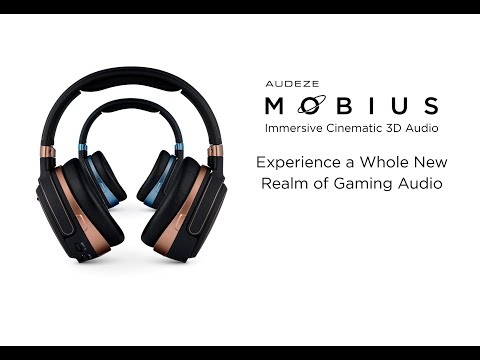 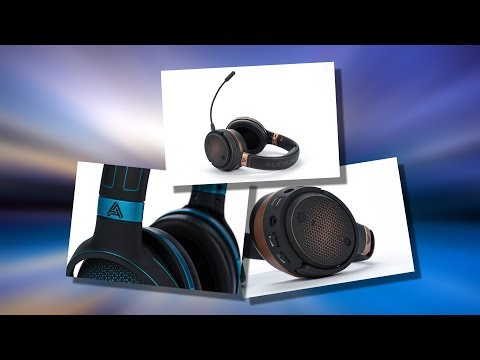 Planar MagneticMobius is the first digital headphone from Californian planar magnetic headphone specialists, Audeze. World renowned in audiophile circles for producing some of the finest headphones on the planet (such as the £3599 LCD-4), they have now focused the same technology into a new closed back model with some brand new technologies to take immersive audio to the next level of accuracy. However, its not just a headphone, it has a detachable mic and it is useful for music listeners, producers, composers and post production duties, as it is for VOIP and gaming. Detailed Sound The planar magnetic drivers give a much more detailed sound than heard in regular dynamic headphones and headsets, the difference is especially noticeable in the transient response, short, sharp, percussive type sounds such as the crack of a gun or the crunch of leaves underfoot. Planars also seem to have the appearance of greater separation between sounds, due to the low distortion and accurate waveform reproduction. Audeze have managed to fit a 100mm driver, compared to thier LCD range of headphones having 106mm drivers in a much bigger housing.

This digital connectivity opens up possibilities for mobile production, you can now mix in enviroments previously unsuitable due to high ambient noise levels, such as Trains, Planes and Airport lounges. If you do your final mix "Inside-the-box" then simply plug Mobius into your computer via USB and change your audio device inside your DAW to output to Mobius instead of your regular interface.

Mobius uses DSP to adjust its own frequency response, in a similar way to plugins like Audeze's own "Reveal", Sonarworks or Tonebooster's Morphit, with the target curve being very similar to thier own LCD-X headphones that have been used by mix and mastering engineers the world over, due to sounding extremely similar to the response you would encounter in the mix position in a world class mastering suite. As this DSP takes place on the headphones itself, it does not require any plugins on your master bus and works over all of its input types with no discernable additional latency. Beyond 7.1 One of the main problems of mixing in headphones is that you only get the left channel in the left ear and the right channel in the right ear. Mobius integrates Waves NX technology running inside the headphones themselves, which at the press of the 3D button, creates a virtual room in your headphones, complete with speaker crosstalk and room reflections. In stereo mode, this virtualises a pair of full range speakers at the perfect position in front of you, but it also supports 5.1 and 7.1 inputs, which also get virtualised into the mix room. Actually, you could say that Audeze have gone beyond "virtual 7.1", combining the 7.1, or 5.1 streams with built-in head tracking and anatomy calibration. This is particularly fantastic for checking movement and positioning in surround mixes, as when you turn your head to look at the side screens, as the audio follows how sound works in real life, enabling you to work wherever you are in the world with a laptop, not just in a surround equipped studio. The Most Advanced Headset On The Market Detailed Sound The headset has a boom microphone that is detachable and as such Mobius can be used as a regular set of closed back headphones, either over USB-A, USB-C, analogue headphone jack or wirelessly over Bluetooth, with a 10 hour battery life. The USB connectivity means that you dont require an external amplifier, each channel is powered by its own 1 watt balanced amp, meaning that there's plenty of overhead in the amplifier before the amp distorts, even when driven at high volumes. This overhead is key to accurately reproducing sudden loud events such as explosions without clipping.

Mobius's functionality isnt limited to studio uses, it can be your wireless travel companion. The headphones support the AAC codec for streaming from Apple devices, whilst owners of recent Android devices can also benefit from the new LDAC wireless audio codec, delivering over 3x the bitrate of Bluetooth audio and apt-X codec. A Note about Mac and PCNote: At the time of writing (July 2018) The Mac driver is class compliant and has good low latency operation. The Windows ASIO driver is not yet available, so we recommend using ASIO4ALL until it's official release. This does also support multichannel operation. Headphone.Guru "First, let me say, time to get off the fence as these headphones are certainly the “real deal”! They bring that classic Audeze house sound along for the ride and for me that is very much welcomed! Everything from incredible bass extension, energy and detail to their wonderfully balanced mid-range and extended (though never harsh) treble is spot on.

The head-tracking is what really makes these very special headphones. It keeps the sound stage in front of you and as you turn your head, that stage stays right were you set it (with the click of the 3D button on the right ear cup). Initially it took about 5 -10 minutes to get used to, but once I did, it was hard to go back to regular headphones. If you’re in a car and changing directions because the car is moving, no need to worry as you can turn on 3D auto centering and the headphones will ensure that they only head track your neck movements and not the automobile’s.

The Bluetooth performance is also top shelf and the wireless functionality never cut out. Couple this with outstanding sound quality that we’ve come to expect from any release from Audeze. If that wasn’t enough, the Mobius headphones support high resolution LDAC data transfer from a capable device, these headphones really have it all!"