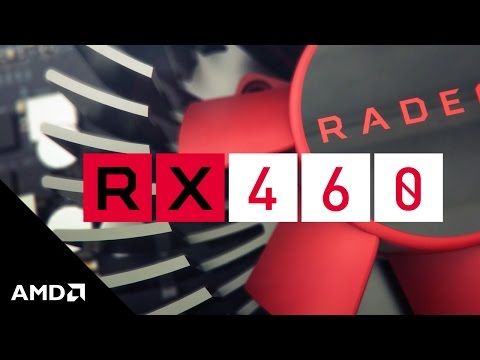 Packed with exclusive ASUS technology this ROG STRIX RX 460 is part of ASUS’ gaming graphics card line. It boast various technologies that will enhance gaming performance such as the advanced STRIX cooling system. It features a ROG logo LED that can be completely customized for a personal touch and is built with reliable, premium quality components – for lasting class. This Strix AMD 460 will achieve up to 30% extra cooling performance when gaming thanks to the exclusive DirectCU III cooling technology. This tech featured on the Radeon RX 460 utilizes direct-GPU contact heat-pipes that will transport more heat away from the GPU and out-perform the reference designs.

*Image for illustration only, actual design may vary.

DirectCU III features triple 0dB fans engineered with a patented wing-blade design that delivers maximum air flow and improved 105% static pressure over the heat sink of the Strix RX 460 - while operating at 3X quieter volumes than reference cards. The 0dB fans also let you enjoy games in complete silence and make DirectCU III the coolest and quietest graphics card in the market. When gaming it is commonly found that GPU temperatures are higher than that of the CPU, due to chassis fans usually referencing CPU temps only - resulting in inefficient cooling. The Strix 460 graphics card features two 4-pin GPU controlled headers that can be connected to system fans for targeted cooling on your ASUS Radeon RX 460.