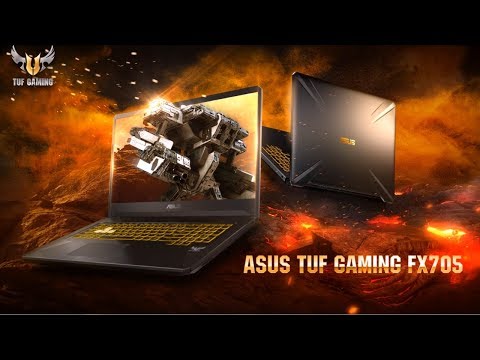 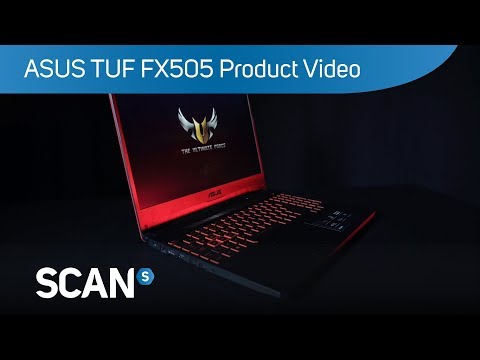 Scan code: LN94612 Manufacturer code: FX705DY-EW005T
Share Facebook Twitter Google Reddit Pinterest LinkedIn
£899.99Item currently awaiting an ETA
Pre Order
Pre order
Free Delivery
From £43.20 / month (APR 14.9%)
If you are approved for a credit limit with PayPal Credit and use it for future purchases, the APR for those purchases won't be more than 19.9% and may be even lower.

17" Ryzen and Radeon Powered Gaming A portable all AMD Machine, built with the latest Ryzen 5 Processor and a Radeon 560X series GPU. The FX705 allows for faster, more efficient multitasking, including daily productivity tasks, surfing the net, and watching movies and videos. The Ryzen processor which has quad cores and eight threads and is capable of speeds of up to 3.7GHz. It’s also tested and certified to military-grade MIL-STD-810G standards, successfully surviving varying conditions including solar radiation exposure, high altitude, and temperature extremes, guaranteeing toughness and durability that’s second to none.

A Complete AMD Performance Package Imagine a compact gaming laptop that punches well above its weight, that’s what FX705 AMD Edition brings to the party. It’s powered by the latest AMD Ryzen processor, which has quad cores and eight threads capable of speeds of up to 3.7GHz. And it’s not just for gaming, FX705 AMD Edition allows for faster, more efficient multitasking, including daily productivity tasks, surfing the net, and watching movies and videos. Paired with Radeon RX 560X graphics, you can rest assured that FX705 AMD Edition is up to the task, inside and outside the gaming arena. I/O PORTS WITHIN EASY REACHFX705 AMD Edition features a host of I/O ports including a single USB 2.0 and two USB 3.1 Gen 1 Type-A ports for your gaming peripherals, as well as HDMI 2.0 to connect to an external display. All ports are situated on the left side of the laptop so there's nothing to interfere with right-handed mousing.

TESTED TO BE TOUGHER THAN STANDARDInfused with the spirit of The Ultimate Force (TUF), FX705 AMD Edition has passed a series of rigorous military-grade MIL-STD-810G durability tests, successfully surviving varying conditions including solar radiation exposure, high altitude, and temperature extremes. It's certified to endure day-to-day use, from accidental knocks to sudden drops on a desk. Durable and stable, FX705 AMD Edition has been pushed to the limit to ensure only the very best for gamers.