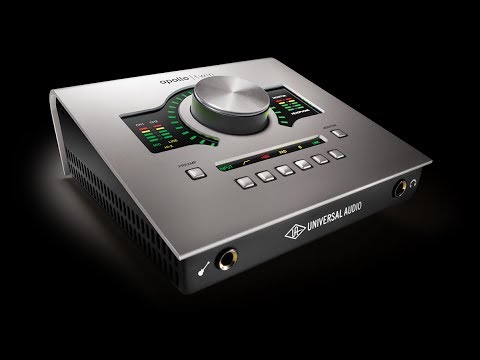 Scan code: LN67130 Manufacturer code: APLTWDU
Share Facebook Twitter Google Reddit Pinterest LinkedIn
FREE DELIVERY ON YOUR ENTIRE BASKET
Delivery Options Services
Share Facebook Twitter Google Reddit Pinterest LinkedIn WhatsApp
Product Overview
A potent upgrade to UA’s hallmark compression and EQ plug-ins, the Analog Classics Pro Bundle gives users the definitive emulations of five of the most iconic analog signal processors in recording history.
No coupons or redemption codes are necessary. The promotional plug-ins will be automatically added to your account once you register your new desktop audio interface.
Already own any of the promotional plug-ins? No problem. You’ll be able to pick from an alternate list of UAD plug-ins.

The Sounds of the World's Most Coveted Gear, On Your Desktop

A Universal Audio breakthrough, Apollo Twin USB's Unison technology gives you the tone of the world's most sought-after mic preamps — including their impedance, gain stage “sweet spots,” and component-level circuit behaviors. Based on unprecedented hardware-software integration between Apollo’s mic preamps and its onboard UAD plug-in processing, Unison lets you record through stunning emulations like the bundled UA 610-B Tube Preamp & EQ plug-in, with more emulations available at the UA Online Store.

all listening levels, and up to eight additional channels of digital input via Optical connection. Its onboard UAD-2 DUO Core processing lets you use UAD plug-ins both during realtime tracking and for mixing within Pro Tools, Cubase, Live, and more.

With its ergonomic desktop design, rugged aluminum construction, and front panel headphone and instrument connections, Apollo Twin USB has all the right tools, all in the right place.

will this Apollo run on windows 10 with no thunderbolt? I ask because I see the term usb in its description. Thank you

Really need interface to run on USB.
Asked by: stevelawrence
Yes, this uses a USB 3.0 connection.
Answered by: DavidScan

will this Apollo run on windows 10 with no thunderbolt? I ask because I see the term usb in its description. Thank you