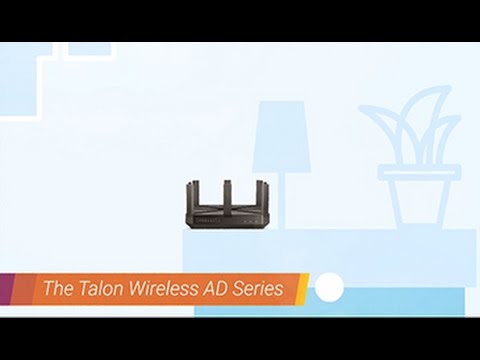 For more information on how claim your free Smart Plug from TP-Link & enter the PS4 prize draw, click here.


802.11ad - Faster Than Anything You Have Ever Seen
Talon AD7200 uses the latest, most powerful wireless technology to provide speeds of up to 4600Mbps on the groundbreaking 60GHz Wi-Fi band, completely revolutionizing your definition of fast.

60GHz Wi-Fi Redefines Home Entertainment!
More Wi-Fi For More Devices
The AD7200 uses Multi-Band technology to run three distinct Wi-Fi bands at once, with the combined Wi-Fi speed of up to 7200Mbps, creating a network that can connect to more devices without a trade-off in performance.

Smart Connect ensures the stability and performance of all of your devices by dynamically identifying and assigning them to the fast available band. (Coming Soon)

Multiple Connections for Nonstop Entertainment
Wireless AC and Multi-User MIMO Technologies allow the AD7200 to serve multiple devices at the same time, providing speeds that are up to 3X faster for all devices on the 2.4GHz and 5GHz bands.

Power at the Heart of Your Network
A 1.4GHz dual-core processor powers through demanding tasks when numerous users are connected to the network at the same time. This allows everyone in your home to surf, stream, and game simultaneously while enjoying outstanding performance.

Antenna Array for More Targeted Wi-Fi
32 Antennas formed a special Antenna array of 60GHz band to ensure that Wi-Fi signals are concentrated towards your in room devices, focusing the data transmission to where you need it most.

Comprehensive Connectivity
To match the unprecedented Wi-Fi speed, the AD7200 uses dual USB 3.0 ports and four Gigabit Ethernet ports to transfer data at lightning-fast speeds. This allows all of your wired devices to achieve peak performance.