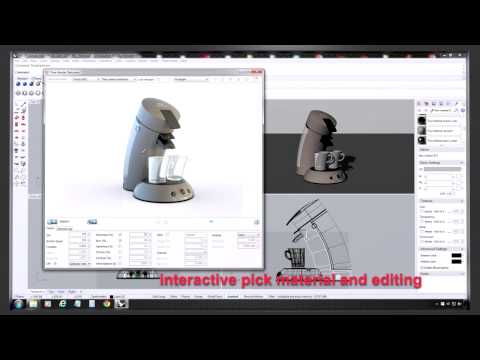 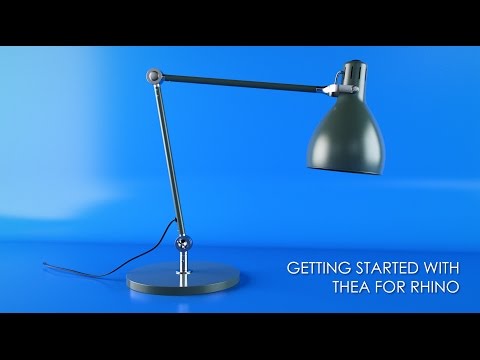 Scan code: LN71394 Manufacturer code: Thea Render for Rhino Standard License
Share Facebook Twitter Google Reddit Pinterest LinkedIn
£444.49Item currently awaiting an ETA
Pre Order
Pre order
From £19.65 / month (APR 5.9%) or 0% for 4 months
If you are approved for a credit limit with PayPal Credit and use it for future purchases, the APR for those purchases won't be more than 21.9% and may be even lower.

Thea Render is a physically-based global illumination renderer of high quality. It is a unique renderer that is able to render using state-of-the-art techniques in biased photorealistic, unbiased and GPU modes. Thea Render comes with its own standalone application (Studio) with various tools, material editor and advanced staging operations along with integration (plugins) on various popular modeling solutions.

In every work involving visualization, the natural way of lighting and physically correct materials play the most important role. Thea Render light simulation and our unique material system ensure that all your images will take advantage of these essential qualities. No matter whether you render a simple interior design or a detailed product presentation with complex materials the image will tell a whole story for itself. You can focus on your artistic expression while Thea will take care of the final result.

Thea for Rhino standard license includes the full standalone studio and Rhino plugin plus two bonus node licenses. The studio and plugin applications may be installed on up to three machines without being used simultaneously. The node application can be installed on one machine and can be used only in conjunction with the master application during network rendering.

Thea for Rhino can be used for interactive rendering inside Rhino Viewports. Select the desired Viewport and simply let Thea Render engines give you an immediate visualization of your scene.

Thea for Rhino supports the import of high quality Thea models in three ways. The first is to import the whole model geometry as a Rhino block. The second is to reduce the meshes to a number of polygons. The model will appear as a reduced mesh in the Rhino viewport but the full geometry will be rendered. The last option is to import the model as a single bounding box, reducing even more the memory footprint for multiple copies. There are already a few model libraries of render ready objects and can be found directly at Thea Content Browser.

Fully integrated interactive render (IR) engine. Thea for Rhino comes with its own Darkroom window for optimized performance. Camera, Viewports, Lighting and material changes are seen interactively allowing fast visualization of any kind of scenes. You can actually build a whole scene while rendering. Region rendering is also supported.

Thea for Rhino offers a variety of ways to add Thea Materials to your scene. You can create a new Thea material and edit it inside Rhino with the use of Presets or you can open Thea Material Lab, for additional material editing. With the use of the Material Browser you can select a ready to use material from Thea Library and simply apply it to your models. Rhino native materials are fully supported.

Thea for Rhino has a full support of all native Rhino lights by converting them to the corresponding Thea ones: Omni, Spot and Area Lights. Additionally, Rhino Sky can be used along with Thea IBL options: Add Image Based Lighting, Background, Reflection and Refraction Lighting maps.

Rhino Clipping Planes are fully supported by Thea for Rhino. Clipping planes can also be added/edited during interactive rendering allowing you to “look inside” your geometry.

Thea for Rhino allows you to render various channels and use them later on for Post Processing purposes. With Thea Render you can easily get Alpha, Shadow, Object ID, Reflection and many more channels of your Rhino scenes with the press of a button.

Thea for Rhino supports the following Rhino animations; Sun study and Camera animations. With the use of Rhino Native Render window you are able to use Thea Render engines and produce the needed frames for a sun or a camera animation.

While the integrated Thea for Rhino plugin will suffice in most cases, user is able to export the whole scene to Thea Studio: a dedicated standalone application for Thea Render, perfect for further scene staging and material/lighting tweaking supporting features like instancing and relight.