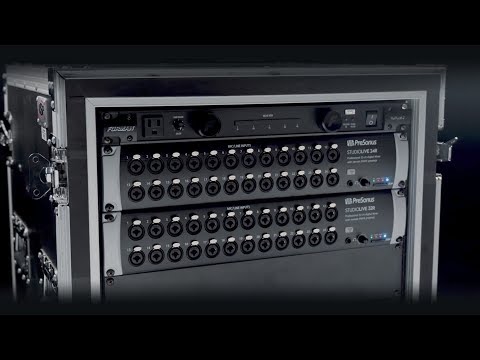 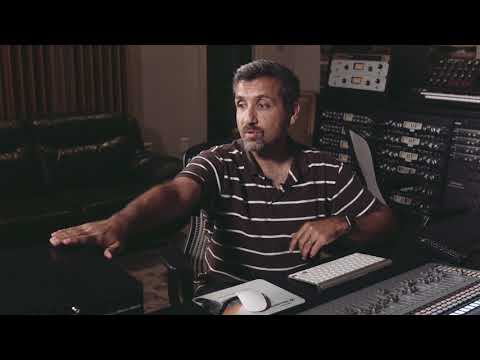 Scan code: LN87276 Manufacturer code: SL32R
Share Facebook Twitter Google Reddit Pinterest LinkedIn
£1,440.00Item due on 25 July 2022
Pre Order
Due 25th Jul
FREE DELIVERY ON YOUR ENTIRE BASKET
From £33.66 / month (APR 5.9%) or 0% for 4 months
If you are approved for a credit limit with PayPal Credit and use it for future purchases, the APR for those purchases won't be more than 21.9% and may be even lower.

Subject to status. Terms and Conditions apply.
With a 10% deposit from just £35.97 / month (APR 15.9%)
Delivery Options
Share Facebook Twitter Google Reddit Pinterest LinkedIn WhatsApp
Product Overview The perfect partner for a StudioLive Series III console
The StudioLive 32R Series III rack mixer is a perfect partner for your StudioLive Series III console/recorder, serving as either a simple stage box or a combination stage box and monitor mixer. Since Series III rack mixers and consoles can network using AVB, you can connect your StudioLive 32R to a Series III front-of-house console with one lightweight CAT5e or CAT6 Ethernet cable, eliminating the need for a heavy, expensive copper snake—and the signal degradation that goes with long analog cable runs. You can even remote control the StudioLive 32R’s preamps and phantom power from your networked Series III console. In stage box + monitor mixer mode, the StudioLive 32R not only serves as an excellent networked stage box, it is a full blown monitor mixer with far more processing and mixing power than any mixer in its class—all packed into just two rackspaces (2U).

Network-ready, with a choice of recording methods
Networking isn’t the future of professional audio systems; it’s here now. StudioLive 32R Series III rack mixers come equipped with an AVB Ethernet connection that enables you to network multiple StudioLive Series III mixers and compatible computers and stream up to 55 channels of audio to and from a Mac or Windows PC. You also get 40x40 recording via USB 2.0, giving you a choice of computer recording methods. Each channel can independently access its analog input or its dedicated digital return from your computer. Alternatively, quickly and easily record the main mix—or any other stereo mix—to the built-in SD Card recorder. Upload a show for fans, give the band a reference recording, and more, no computer required. You can even simultaneously multitrack record to your laptop via USB or AVB and record in stereo to SD.

Simple but versatile audio connections
We kept the StudioLive Series III rack mixers’ front and rear panels clean and simple, yet they have all the connections you need. All 32 channel inputs on the StudioLive 32R use locking combo jacks to accept microphone- or line-level signals. You also get a pair of unbalanced RCA jacks as additional inputs for Channels 31 and 32 for easy connectivity to smartphones, media players, and other consumer audio sources. In addition to main L/R outputs and headphone jack, you get 16 FlexMix outputs that can each be independently configured as subgroups, monitor outputs, or matrix outputs. The result is a versatile set of connections that provide the access you need in a compact, 2U package.