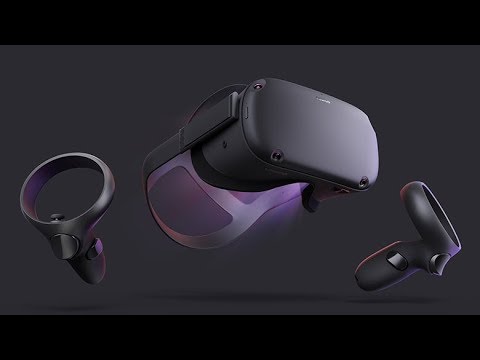 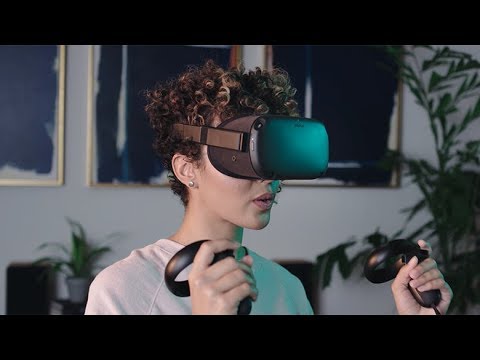 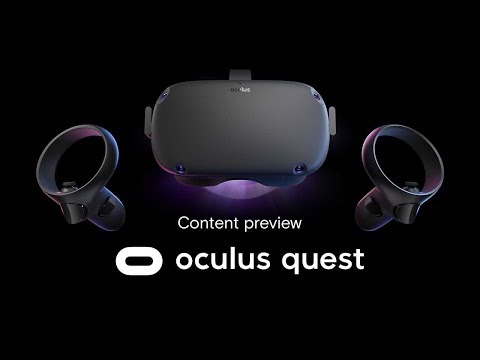 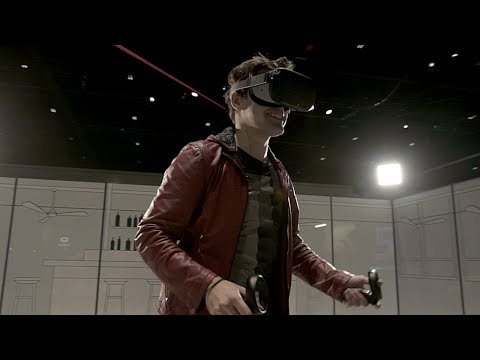 play almost anywhere with just a VR headset and controllersStep into the world of VR with the Oculus Quest, an all in one immersive virtual reality system which enables just you and your hands to be plunged into the world of wireless gaming. The Oculus Quest gives you everything you need with plenty of freedom with state of the art optics and built in audio. You can now forget about wires, PC’s and phones as the Quest is ready to play when you are! Four ultra-wide angled sensors map your environment keeping you safe of obstacles. Insight tracking also helps your every move translate into the game you’re playing, combined with oculus touch controllers you will be under complete control of your every move. Feel the power of every gesture as the next level of VR gaming is finally here!

activateActivate your Quest during the offer window.

downloadVader Immortal Series will be available to download from the library.

A Star Wars VR Series for FREE which Includes Episodes 1-3 and Lightsaber Dojos Step inside a galaxy far, far away with the first Star Wars story designed exclusively for virtual reality. You’ll take on the role of a smuggler suddenly pulled into the center of an ancient mystery buried deep beneath Darth Vader’s fortress. Alongside new allies you’ll encounter fearsome enemies and even the Sith Lord himself. You will need the Force... and a lightsaber... to survive the path ahead. Vader Immortal is a canonical Star Wars experience created by ILMxLAB and Lucasfilm in collaboration with Oculus Studios.

Ready to Game with No PC, No Wires and No Limits. "Oculus Quest is our first all-in-one gaming system built for virtual reality" Arm yourself with the award-winning Oculus Touch controllers. Your slashes, throws and grabs appear in VR with intuitive, realistic precision, transporting your hands and gestures directly into the game. Take your first steps into a new world. Oculus insight tracking instantly reflects your movements in VR. Slash through enemy hordes, duck under obstacles and charge into the heart of every experience. Simply set up the device with your Oculus mobile app, and Oculus Quest has everything you need to explore VR out of the box. Suit up and game on.

Feel the Future of Virtual Reality Let the world become your arcade Grab what you need, toss aside what you don't and feel the rumble of every impact. Oculus Touch controllers recreate your hands, their gestures and interactions precisely, so every game is real enough to reach out and touch. Whether you're at home or somewhere new, Oculus Quest works with your environment. You can play standing or sitting in spaces big or small.

Venture through an Incredible Library of VR Games

Let the world become your arcade Stop watching games and step into them. Whether you're dodging spells or slashing through enemy hordes, you've never been this close to the action. The visionary Oculus developer community designs every heart-pounding moment with you at the centre of the experience. Explore the universe without tripping over the coffee table. Play inboundThe Oculus Guardian system is designed to remember the boundaries of your playing space and help you avoid nearby objects while you're in-game. Whats in the Box!

Reviews
Oculus Quest All-In-One VR Gaming System, 128GB, Wireless, Inc. Headset + L/R Touch Controllers, No PC Required is rated 5.0 out of 5 by 2.
Rated 5 out of 5 by JohnGJ from Fantastic step forward for VR Quality of the product is great. Graphics are good - could be better but once you’re in, you definitely don’t focus on them as you do with non VR games. This is really hard to get across if you haven’t used VR; the immersion totally changes your approach to games and what you focus on. I’ve found rather than graphical effects impressing me like my PC does, the scale and depth are what takes my breath away here. Speaking of the PC, picked up a Oculus Link cable and PCVR games give the graphical impact you otherwise miss - with a 2080ti anyway ;D Best of both worlds really! Just wish I’d picked it up sooner!
Rated 5 out of 5 by Gristoi from Incredible VR This is hands down the best piece of tech I have ever purchased
Questions & Answers
Oculus Quest 128GB Standalone Wireless All In One VR Gaming Headset System