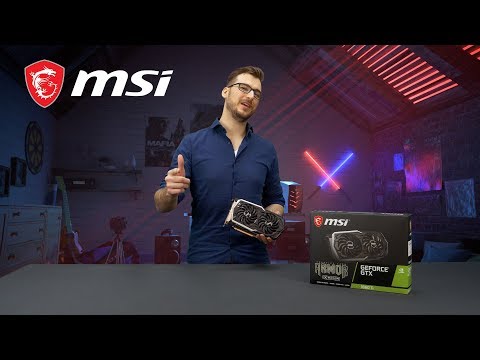 Scan code: LN96511 Manufacturer code: GTX 1660 Ti ARMOR 6G OC
Share Facebook Twitter Google Reddit Pinterest LinkedIn
£309.98
Add To Basket
In stock
Order now and get it tomorrow (upgrade to Saturday delivery at checkout)
From £14.88 / month (APR 14.9%)
If you are approved for a credit limit with PayPal Credit and use it for future purchases, the APR for those purchases won't be more than 19.9% and may be even lower.

MSI GTX Powered By Turing ArchitectureThe MSI GeForce GTX 16-Series Graphics Cards are driven by the all-new NVIDIA Turing architecture and with the GeForce GTX 1660 Ti ARMOR OC producing a Boost Clock of 1860 MHz this card will give you incredible new levels of gaming power with realistic visuals and high framerates. Pairing with the raw power of NVIDIA's latest GTX GPU, MSI have implemented their TORX FAN 2.0 Technology into the card, an award winning fan design that gives you cool and quiet gaming by having two different fin designs that work in unison to give you the best possible cooling results. Abolish fan noise with MSI's Zero FROZR which stops the fans in low-load demands allowing you to focus on your game and not be distracted. Temperature Based System To Reduce Audio Levels First introduced in 2008 by MSI, ZERO FROZR technology stops the fans completely when temperatures are relatively low, eliminating all fan noise when no cooling is needed. When things start to ramp up during gaming, the fans will automatically start spinning again to keep your card cool.