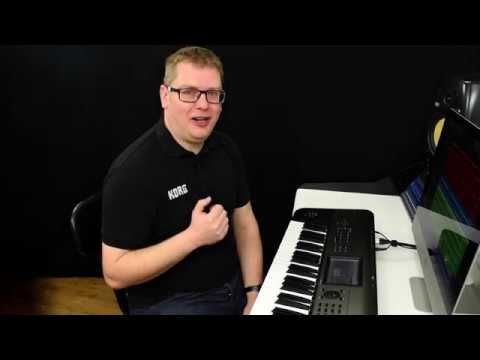 Scan code: LN95723 Manufacturer code: Krome 61 EX
Share Facebook Twitter Google Reddit Pinterest LinkedIn
£789.00Item currently awaiting an ETA
Pre Order
Pre order
FREE DELIVERY ON YOUR ENTIRE BASKET
From £21.92 / month (APR 0%) or 0% for 4 months
If you are approved for a credit limit with PayPal Credit and use it for future purchases, the APR for those purchases won't be more than 21.9% and may be even lower.

Subject to status. Terms and Conditions apply.
With a 10% deposit from just £19.71 / month (APR 15.9%)
Delivery Options Services
Share Facebook Twitter Google Reddit Pinterest LinkedIn WhatsApp
Product Overview An evolved go-to synthesizer with a focus on "FUTURE BASICS"
KROME, the best-selling synth focused on packing the most usable sounds into an easy to use platform, has received a major refresh. Updated to meet the needs of the current music scene, KROME EX has a special emphasis on sounds that can immediately fit into productions of all types. In addition to standard sounds that will never grow old, KROME EX provides numerous new programs and PCM data, including piano programs prepared specifically for this product. This instrument provides high-quality and immediately-usable sounds that take full advantage of the KROME's high performance specs. The new body also features a newly revamped build and look to accompany the new sounds.