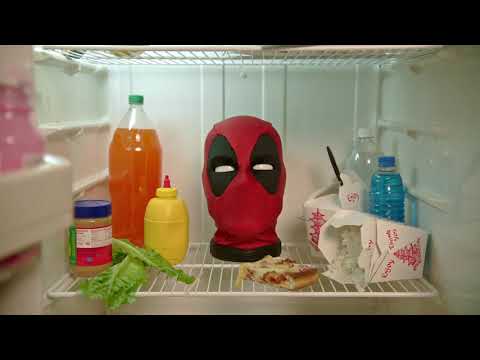 Scan code: LN108777 Manufacturer code: E6981EW0
Share Facebook Twitter Google Reddit Pinterest LinkedIn
£99.98
Add To Basket
In stock
FREE DELIVERY ON THIS ITEM
Order now and get it tomorrow, Fri 22nd Jan
From £8.98 / month (APR 14.9%)
If you are approved for a credit limit with PayPal Credit and use it for future purchases, the APR for those purchases won't be more than 19.9% and may be even lower. WARNING: 600+ Questionably Censored PhrasesFrom the jerks who brought you Marvel Legends, including that shiny, expensive glove, a bunch of helmets with glowing eyes (oooOoooOhhh!) and a ton of Build-A-Figure pieces that you’ll step on one day, comes the premium, interactive, app-enhanced, Deadpool’s Head. This animatronic head may be without its body, but it definitely has Wade Wilsons potty mouth and attitude, boasting over 600 lines of content created by comic book writers, editors and the guys at Hasbro have coined together to bring you, your favourite erm..."Superhero in Training" anyway. It’s definitely a head that looks like Deadpool’s head, though, if Deadpool were a real person with a head. Let Wade Take Center Stage Deadpool, the best looking character Marvel has ever made (if you squint your eyes), is a un-killable, joke-slinging, katana-wielding, antihero from the Marvel Universe and the star of comics, movies, and maybe one day a stage musical revue. Bring approximately 1/8th of Deadpool home to sit in your nerd collection and impress your nerd friends, who think stuff like this is actually cool.

Not Just Any Head, an Interactive Head MY HEAD MOVES TO AND FRO, LIKE A BALLERINA Deadpool’s Head is there for you when you need it, sitting on your shelf. Waiting. Biding its time. It may only be a head, but it’s got a lot to say and a lot it can do, filled with motors and sensors, for all that sweet sweet expressive movement and interactivity! Just like your head, I assume

Everyones Favourite Merc' with a mouth App enhanced ChatterboxIf a nodding, winking premium deadpool head wasn't enough, this bad boy can be enhanced through a handy FREE (I KNOW RIGHT!) mobile application to set up pranks, plan insults, deliver jokes, and more shenanigans. There’s even an alarm clock mode, if you’re the kind of person who would trust Deadpool to wake you up on time. All in one head with premium detailing and design inspired by everyone’s favorite Merc with a Mouth.

Wanna Know More? Of Course you do