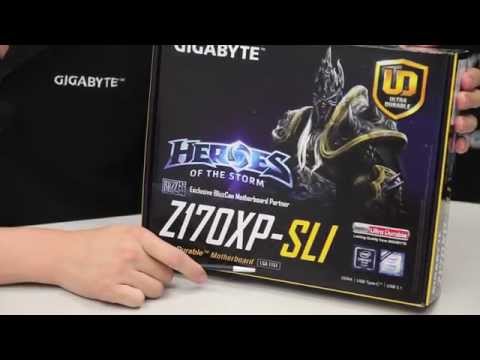 As part of GIGABYTE’s UD (Ultra Durable) series the Z170X-SLI supports the latest 6th generation Core processors from Intel and feature a 14nm desktop CPU that brings improved performance and power efficiency. The cutting edge technology embedded is capable of running multiple GPUs, utilising next-gen SATA Express and has a bundle of useful tools – GIGABYTE’s App Center and a DualBIOS are just the beginning. The Realtek ALC1150 is a high-performance multi-channel high definition audio codec that delivers an exceptional audio listening experience with up to 115dB SNR, ensuring users get the best possible audio quality from their PC. Thanks to the onboard TURBO B-Clock Tuning IC, GIGABYTE Motherboards enable Overclockers to have the ability to change their BCLK Frequency to a desired value of their choice. With the new linear range adjustment option of the Tuning IC, ranges from 90MHz to 500MHz are now possible, so that overclockers are not limited to the 5% ranges of traditional straps.

*Turbo B-Clock overclocking range may vary according to CPU capabilities