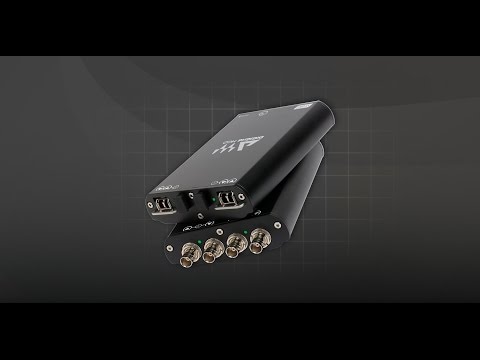 Scan code: LN66995 Manufacturer code: DIG-X-DH-MGB
Share Facebook Twitter Google Reddit Pinterest LinkedIn
£1,260.00Item currently awaiting an ETA
Pre Order
Pre order
Free Delivery
From £60.48 / month (APR 14.9%)
If you are approved for a credit limit with PayPal Credit and use it for future purchases, the APR for those purchases won't be more than 19.9% and may be even lower.

Subject to status. Terms and Conditions apply.
With a 10% deposit from just £31.47 / month (APR 15.9%)
Delivery Options
Share Facebook Twitter Google Reddit Pinterest LinkedIn WhatsApp
Product Overview Compact and portable, the DiGiGrid MGB interface lets you plug any coaxial MADI-enabled device into the power of the Waves SoundGrid networking and processing platform. Record, process and playback up to 128 audio channels, using literally hundreds of Waves and third-party plugins, with super-low latency, clocking in at only 0.8 milliseconds! You can even record to two computers simultaneously: One for virtual soundcheck, the other for backup. So if you’re on the tour bus, in your hotel room, at the airport – wherever – you can quickly and conveniently setup your next show, using only your laptop.

With a DiGiGrid MGB MADI-to-SoundGrid interface, real-time low-latency networking and processing is only an Ethernet cable away.

Plug the MGB straight into your computer to record up to 128 channels with simultaneous playback of 128 channels. Add a SoundGrid DSP server and DiGiGrid SWI network switch plus Waves MultiRack SoundGrid host application, and your MADI-compatible live or broadcast console now has real-time low-latency processing capabilities. And if you require a higher level of audio quality, a simple configuration change switches the MGB to 96kHz, for 64 channels of recording and 64 channels of simultaneous playback.

The MGB installer includes the relevant drivers and software for your unit: the SoundGrid ASIO/Core Audio driver, the SoundGrid Studio Application, the eMotion ST mixer, StudioRack, and the MGB Control Panel.

DiGiGrid MGB Comes with the Complete Soundgrid Studio System Software by Waves
The SoundGrid Studio System is the next generation of sound technology. It is a real-time processing and networking platform designed to bring your studio up to light speed. It allows your DAW to offload its plugin processing to a SoundGrid DSP server and enables your devices to communicate with one another and with the devices of the facilities you work with. The SoundGrid Studio System integrates seamlessly with all DAWs and DiGiGrid (or other SoundGrid-compatible) I/Os, providing endless possibilities for setups of every size—from a single DAW with one DiGiGrid I/O, to an entire network of host computers, I/Os, and SoundGrid DSP servers.

SoundGrid Studio System Software Components
• SoundGrid Studio Application – For managing the SoundGrid network on your host computer.
• eMotion ST Mixer –Runs plugins in real time for recording, mixing and low-latency monitoring when tracking and rehearsing.
• StudioRack –For running plugin chains, saving and loading their presets, and offloading their processing to a SoundGrid DSP server.
• SoundGrid ASIO/Core Audio – Connects any DAW to the SoundGrid network as a software I/O.

The SoundGrid Studio Application enables you to:
• Configure your SoundGrid ASIO/Core Audio driver and DiGiGrid I/Os. (Auto-configuration Wizard available.)
• Process, mix and monitor in real time (together with StudioRack and the eMotion ST mixer).
• Connect and patch multiple hardware devices and software I/Os.
• Stream audio from and to multiple host computers running different DAWs.
• Create and save your own configuration templates.
• Access the DiGiGrid I/O Control Panel for controlling the I/O’s parameters

eMotion ST Mixer
eMotion ST is the mixer part of the SoundGrid Studio System. Combined with StudioRack, it lets you run SoundGrid plugins for low-latency monitoring, giving you complex monitor mixing options while recording with your DAW.

eMotion ST is a high-quality mixer with 8 multi-purpose inputs, 64 additional StudioRack input channels, 2 FX busses, 6 mix busses, and a main stereo mix. Since the mixer operates within the SoundGrid network, any DiGiGrid I/O or any available SoundGrid-compatible I/O device, whether hardware or driver-based, can provide it with inputs and outputs.

The eMotion ST mixer can run hundreds of Waves and third-party SoundGrid-compatible plugins in low latency, replacing in this respect the external mixer traditionally used to create monitor mixes for studios and headphones.

StudioRack
StudioRack is a software rack dedicated to running plugin chains. The processing of each chain can then be directed to your host computer’s CPU or to a SoundGrid DSP server, as you choose. When you process your plugin chains on the SoundGrid server, StudioRack lets you monitor your tracks in extremely low latency via the eMotion ST mixer.