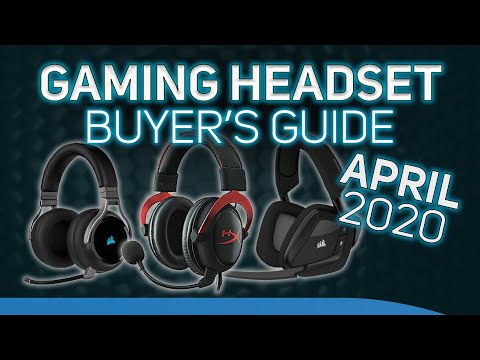 Hear your games in full 7.1 virtual surround sound! The Sound BlasterX H6 is a high performance USB gaming headset that delivers powerful audio, whether you're on PC, PS4, Xbox, or Nintendo Switch.

Prepare for some seriously powerful audio. The Sound BlasterX H6 has its audio pumped out through professionally-tuned 50mm Neodymium magnet drivers. These drivers are optimised to deliver the impact and power necessary for true immersion into the game environment, while at the same time maintaining the precision and subtlety needed to reproduce tiny, crucial audio details such as footsteps and reload sounds.

Customise and Enhance Your Audio

The Sound BlasterX H6 taps on Sound Blaster's 30 years of audio processing experience. Users can use the downloadable Sound Blaster Connect software for PC to apply instant audio enhancements - such as Surround, Crystalliser, and Bass - and tune it precisely so the audio sounds perfect.

The Sound BlasterX H6 also features three professionally-tuned hardware EQ settings that you can toggle through even without the software.

All Sound, All Around

Immerse yourself in your PC gaming with the Sound BlasterX H6's 7.1 virtual surround sound capabilities! Perfect for first person shooters, open world games, and Battle Royale environments, the Sound BlasterX H6 utilises Sound Blaster's proprietary Surround audio enhancement to ensure you'll feel like you're right in the middle of all the action.

Perfect for team-based games, the Sound BlasterX H6's detachable noise-reducing ClearComms microphone is optimised to ensure your teammates will hear you loud and clear. The headset also features mic monitoring, so you can hear how your voice sounds over the mic. Lastly, the ClearComms microphone also has a red LED that indicates when you have muted it.

The Sound BlasterX H6 is designed to be comfortable for long hours. Its detachable earcups are made of breathable mesh fabric that allows heat to dissipate easier than leather cups, and the built in memory foam conforms to the shape of your head.

We designed the Sound BlasterX H6 to have a clamping force of less than 600g. It's the optimal balance that ensures the headset sits securely enough on your head and provides a good enough fit for bass, yet isn't uncomfortable.

Listen to the Outside World

Controls at Your Fingertips

Controls are easily within reach, and are intentionally placed on the left earcup, so you never need to take your right hand off the mouse when you're in-game.

Each of the Sound BlasterX H6's earcups houses an Aurora Reactive RGB Lighting ring. Customise the headset with special effects like pulsating or cycling, and with up to 16 million colours to choose from.