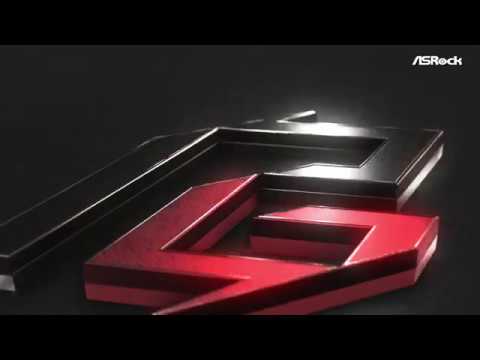 Scan code: LN99489 Manufacturer code: 90-MXBAN0-A0UAYZ
Share Facebook Twitter Google Reddit Pinterest LinkedIn
Order by 8:30 PM today and get it tomorrow
£337.99
Add To Basket
Get it Tomorrow, 30 JunIn stock
From £14.95 / month (APR 5.9%) or 0% for 4 months
If you are approved for a credit limit with PayPal Credit and use it for future purchases, the APR for those purchases won't be more than 21.9% and may be even lower. Designed and Built for AMD Ryzen 2nd & 3rd Gen CPUsThe ASRock X570 Phantom Gaming X is a motherboard built for AMD AM4 Series Ryzen CPUs and supports DDR4 4666+ (OC) memory. Enjoy your custom light show with ASRock Polychrome RGB and get connected and synced to various LED RGB devices. There are multiple durability and protection systems the X570 offers, such as a Full Coverage M.2 heatsink which improves heat dissipation, Solid Steel PCIe Slots, a sturdy metal backplate to prevent bending and damage and I/O armour protective cover. Get super fast and reliable connections with the new Intel Wi-Fi Standard with speeds of up to 2.4 Gbps and can operate 2.4GHz and 5GHz simultaneously.

Synchronize your Devices with Polychrome RGB Light up your system your way ASRock motherboards deliver stunning performance and superior aesthetics to rule your own colorful lighting way. ASRock offers a very comprehensive control to perform the built-in RGB LEDs or the connected LED strips, CPU fans, coolers, chassis and any RGB devices smoothly. Devices can be synchronized across the Polychrome RGB Sync-certified accessories as well. Prevents bending and promotes stability A strong metal backplate is attached to the backend of the motherboard it's designed to strengthen the board to prevent bending caused by heavy coolers or graphics cards with better airflow and enhanced stability.

Adjustable Fit for easy installation Unlike most so called pre-mounted I/O shield that is only decorated with fancy color schemes. ASRock reserve more tolerance space and allow the IO shield to be adjustable when installing, thus fitting chassis perfectly without any mechanical issue.

Support for Next Generation USB 3.2 Devices

Get DOuble the transfer rate with USB 3.2 This motherboard has a pair of onboard Type-A and Type-C USB 3.2 Gen2 ports built on the rear i/o for supporting next generation USB 3.2 Gen2 devices and to deliver up to 10 Gbps data transfer rates.

Get unreal levels of audio realism and dynamics A new world of cinematic audio that delivers unprecedented levels of audio realism, dynamics and punch to gaming sound. Whether you’re gaming or watching a movie, Reality 3D technology lets you enable 5.1/7.1 surround sound for an additional layer of transience to your listening experience even with just a pair of headphones or stereo speakers. XXL Aluminium Alloy HeatsinkExtra large aluminium alloy heat sinks that effectively take away heat from the MOSFET and chipset so that your whole system may perform more stable. I/O ArmorA new designed protective cover for all of the crucial parts near the motherboard's rear I/O. ASRock X570 Phantom Gaming X, AMD X570, AM4, DDR4, PCIe 4.0, Triple M.2, 2-Way SLi/CrossFire, 2.5G/GbE/WiFi, USB3.2, ATX is rated 4.0 out of 5 by 1.
Rated 4 out of 5 by Shakey from Good board but with an annoying fault Had this motherboard for about 3 weeks now. It's OK, but it really needs a BIOS update if it hasn't already had one. The SATA ports won't work in hot-swap mode, that was sorted with a BIOS update. Also, the Sound Blaster software would not install without the update. However, the most annoying fault is that at random start-up times, it takes about four attempts to boot. I eventually discovered the board randomly resets the BIOS settings, including the time. I have no idea why it does this, and this seems to be a common problem reported by other users on the ASRock forum.
ASRock AMD Ryzen X570 Phantom Gaming X AM4 PCIe 4.0 ATX Motherboard