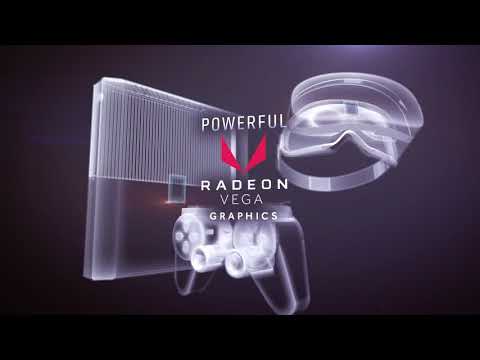 Powerful Ryzen Processor with Radeon Vega 11 GraphicsDesigned for users thinking about building an affordable gaming system the AMD Ryzen 5 2400G is a good place to start, by itself it can run popular titles such as DOTA 2, CSGO and Rocket League, the integrated graphics also fully supports DirectX 12 and Vulkan. The Ryzen 5 processor comes unlocked and ready for you to squeeze every last bit of power by utilizing AMD's Ryzen Master Overclocking Utility. Packed with a Wraith Stealth Cooler which gives you the necessary cooling to run this CPU at it's peak and with it's low profile design will fit in with almost any build.

Designed for the Ultimate Computing Experience

GPU Graphics Fused with CPU Processor AMD Ryzen Processors with Radeon Vega Graphics are armed with some of the most advanced, powerful computing and graphics hardware available today, fused together in a single processor to deliver the high performance you need for demanding work and serious play, without compromise. Take Control and Boost your performance The new Ryzen 5 2400G processors are fully unlocked in terms of CPU, GPU, memory, and voltage, these new CPUs are efficient 65W models, whereas most Socket AM4 motherboards can handle up to 95W, that’s some free headroom you can use to test your overclocking chops. AMD WRAITH COOLING FOR SOCKET AM4AMD have stepped up the ante with a whole new line of AMD Wraith Coolers for the Ryzen 2000 processors. This 2400G AMD CPU comes free with the Wraith-Stealth cooler that features near-silent acoustics coupled with capable thermal performance.

AMD SenseMI TechnologyThis technology is a set of learning and adapting features that help the AMD Ryzen processor customize its performance and your applications.

FuzeDrive for AMD RyzenFuzeDrive software analyzes all of the storage available on your system, from fastest to slowest and then combines these disks to a single, larger disk.

Radeon SoftwareDon’t miss a second of the action as the AMD software lets players stream, share and tweak graphics settings. Stay ahead of the game.