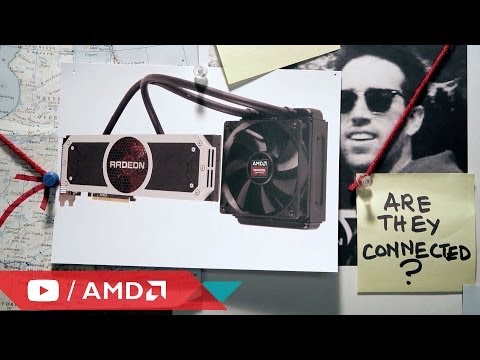 Two AMD Radeon™ R9 series GPUs (Hawaii XT)
When you’re holding all the cards, it only makes sense to double down. We took two of our most advanced, Mantle technology-enabled GPUs and put them together in one cohesive unit. Don’t bet against it.

All metal construction
Built from striking powder coated aluminum, this GPU is beautiful to behold. It’s built to our highest standards, and it sends a message that’s loud and clear: this is serious hardware.

AMD TrueAudio technology3
Technology that puts the magic of surround sound into every headset and helps give sound engineers the freedom to innovate in ways they’ve never had before. This is what the future of PC gaming sounds like.

Ultra resolution powerhouse
For some gamers, having enough isn’t the point. For them, overkill is merely a starting point. That means extreme resolutions, multiple monitors and sliders to the max. Run ultra settings in 4K with impunity. Or get two million pixels more than 4K by combining five HD screens in an AMD Eyefinity technology setup.4 Either way, the AMD Radeon R9 295X2 barely breaks a sweat.
Features http://uk.msi.com/product/vga/R9-295X2-8GD5.html#hero-overview