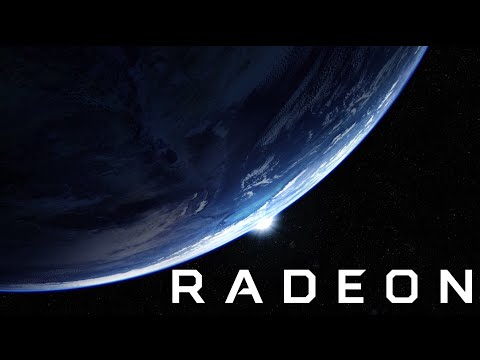 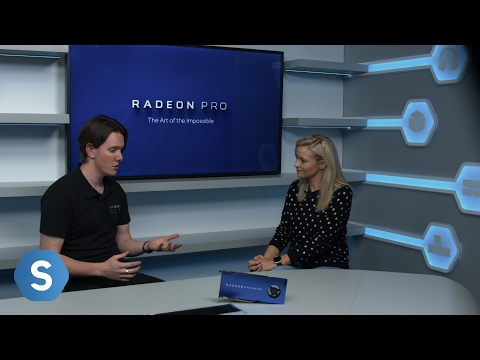 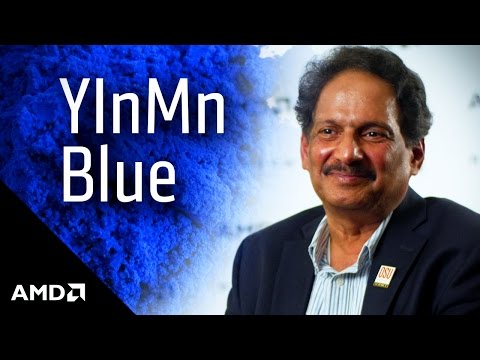 The Radeon™ Pro WX 5100 workstation graphics card is designed to be ready for the game engine revolution in professional design workflows. Game engines (such as Unity and Unreal) have become more commonplace in today's immersive computing era, integrating themselves alongside traditional CAD applications like Autodesk, Siemens PLM and SOLIDWORKS. Bring your designs to life with the new Radeon™ Pro WX 5100, the fastest 75W TDP workstation card in the world.

Based on the latest Polaris GPU architecture, the Radeon Pro WX 5100 features 28 compute units (1792 stream processors) and 8GB of GDDR5 GPU memory with a 256-bit memory interface. It delivers the power and features to unleash your creativity on applications like Siemens NX, where the Radeon Pro WX 5100 delivers up to 41% more performance than its nearest competitor, the NVIDIA Quadro M2000.

Quality You Can See

Immerse yourself in the millions of pixels that are being driven from the Radeon™ Pro WX 5100 graphics card to your 5K display. See enhanced levels of detail and wider, more precise color ranges with 10-bit color and HDR (High Dynamic Range) support.

Quality You Can Trust

Radeon™ Pro WX graphics cards are the embodiment of innovation and design within the Radeon Technologies Group. Great care is taken into crafting each product to ensure quality and reliability are at the highest of standards. We are proud to stand behind our three year limited warranty.

The Art of the Impossible

Radeon Pro is for the Creators. The Visionaries. The Storytellers. It is built for those who build themselves. Those who craft with intricate precision. These are people with no limit to their aspirations. No ceiling to their vision. Radeon Pro exceeds their demands, with limitless capability, free of constraints. It unleashes their creativity. It enables unlimited exploration of their imagination. It translates their vision, with heightened realism.

Radeon Pro is a leap forward in the immersive computing era. A benchmark for all who follow, and the launch pad for those who create.

With demand for ever-more-intense visual experiences and the need for greater depth of scientific understanding, designers and creators - whether visual effects artists making movies, game developers creating the latest AAA titles, or astrophysicists exploring the origins of the universe -- they are all constantly facing challenges to overcome existing limitations. The new Radeon Pro WX-series graphics cards are optimized for open source software, undergo extensive ISV application certification testing, and are designed for professionals pushing the boundaries of science, technology and engineering.

Based on the Polaris architecture, Radeon Pro GPUs employ the latest advances in AMD's 4th generation Graphics Core Next architecture, including uncompromising 4K video decode and encode support including HEVC1 and VP9, and next generation display support including DisplayPort 1.4-HDR and HDMI™ 2.0, all built utilizing a power efficient 14nm FinFET manufacturing process. Importantly, these professional graphics cards are fully compatible with open source software through GPUOpen. The combination of leading-edge hardware and software helps enable developers to break boundaries and achieve what had been thought to be impossible.

8GB AMD Radeon Pro WX 5100, PCIe 3.0, GDDR5, 926MHz GPU, 1206MHz Boost, 1792 Streams, 4xDisplayPort 1.4 is rated 5.0 out of 5 by 1.
Rated 5 out of 5 by James5979 from Great professional graphics card for Linux, at a low-ish price. I use this GPU on Linux only, so this doesn't apply to you if you are a closed-source OS user. For me, the main selling point for this graphics card is that it comes with free and open source graphics drivers for Linux! It's a little annoying that I have to install the non-free/non-open source firmware in order to use the card, but it's miles better than what else is being offered out there, in terms of open source dedicated graphics support on Linux. I use this to drive a 4K display.
AMD Radeon Pro WX 5100 8GB Workstation Graphics Card