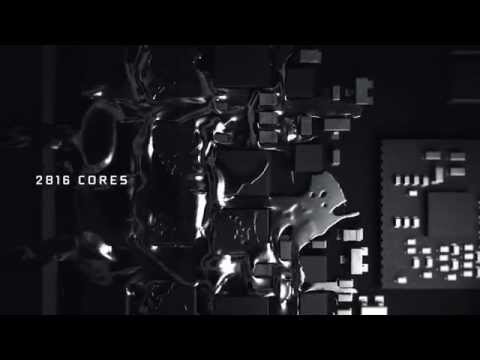 The MSI GTX 980 Ti Lightning Trifrozr OC uses the outstanding power of the Titan X and makes it more affordable by only using 6GB of RAM - down from 12GB. The GTX 980 Ti is optimised for most games that don't need 12GB of RAM resulting in the GTX 980 Ti being incredibly fast, offerering silky-smooth gameplay at upto 4K resolution.

LIGHTNING SERIES GRAPHICS CARDS
MSI LIGHTNING graphics cards are engineered for perfection. Using the best components and industry-leading design technologies, MSI LIGHTNING graphics cards have been at the top OF the overclocking world for years. Advanced cooling, cutting edge features and a premium quality experience make it the best choice for those looking for top level performance.

MYSTIC LIGHT
Set the mood by customising you LED colour

METAL BACK PLATE
Helps keep the card ridgid and cool TRIFROZR THERMAL DESIGN
The new MSI TRIFROZR Thermal Design is a true cooling masterpiece. To deliver the best possible thermal performance, the trifrozr is equipped with three 90mm fans that cool the enormous fin grid array below it. Designed to dissipate 700W of heat, the Trifrozr is guarenteed to keep your GPU cool in your quest for maximum performance.

AIRFLOW CONTROL
The aluminium fin array features special grooves that prevent thermodynamic “Dead Air” situations. This maximizes the airflow and efficiency of the available cooling surface and enhances heat pipe performance because of the directed airflow.

MEMORY & MOSFET HEATSINK
Massive metal memory & MOSFET heatsink that covers the whole pcb from front to back, keeping the cool in the heat of breaking records.

DESIGNED FOR OVERCLOCKING
Built from scratch and designed to deliver the highest stability when overclocking, the MSI Lightning PCBs are the envy of the industry. This generation uses 16 of the industries' highest rated DrMOS power phases as part of new groundbreaking Enhanced Power Design, delivering plenty of punch for stable extreme overclocking. Incredibly well designed, it doesn't require any external modifications to reach world-record breaking performance.

SUPER & NICKEL PLATED COPPER BASE
The Massive heatsink with countless fine is connected through a number of 8mm thick super pipes with a Nickel Plated Copper Base at the heart of the thermal design.

LN2 MODE SWITCH
The core ideology of Lightning is the ability to break world records, easily. With a single bios switch, your lightning graphics card is ready for extreme performance, enabling you to unlock the limits of power, current and thermal. This simply means you can extract maximum performance out of your card without the risk of damaging it through soldering or other hard-mods.

MILITARY CLASS 4 COMPONENTS
Military Class 4 is the next step in high quality components. The HI-C Cap, Super Ferrite Choke and Dark Cap will make sure that your PC runs more stable under extreme overclocking conditions.

DRMOS 60A
DRMOS is the next-gen MOSFET which is used to deliver the power for the GPU. On the Lightning, we use the highest rated DRMOS available, the use of 60A DRMOS means that 16 power phases is more than enough for record-breaking performance, because DRMOS is a 3-in-1 chip, it delivers much more power with less components needed.

HI-C CAP
A HI-C Cap is a very small, but super-efficient capacitor. Besides ensuring enough spacing around a GPU socket to install large coolers, it also allows for 93% energy efficiency. Thanks to HI-C Cap's MSI Lightning are the most energy efficient in the market.

SUPER FERRITE CHOKE
With their aluminium core design, dark cap's has been a staple in high-end design PCB designs and provides lower equivalent series resistance (ESR) as well as its over-10-year lifespan.

DARK CAP
With their Aluminium core design, Dark CAP's have been a staple in high-end design PCB designs and provides lower equivalent series resistance (ESR) as well as its over-10-year lifespan.

MSI AFTERBURNER
MSI Afterburner is world's favourite cross-vendor GPU overclocking tool. The easy interface gives access to the most detailed information about your graphics card and allows for tinkering with pretty much anything available on your graphics card. Compatible with 64-bit apps, available in many languages, including, Russian, Spanish, Chinese and Korean and completely customizable with many user-generated skins, everyone feels at home, you can also run afterburner on your iOS or Android smartphone and the built-in benchmarking utility kombustor gives you insight in your graphics cards true performance. TRIPLE OVERVOLTAGE
Through MSI's unique design you can apply voltages to not only the GPU and memory, but also an auxiliary voltage that is relevant to your card's extreme performance.

TRIPLE TEMP MONITOR
Measuring your GPU temperature is pretty common nowadays, but what is the temperature of your memory? Or your PWM phases? Find out with MSI’s triple temp monitor function.

V-CHECK POINTS
V-Check points allow you to accurately measure the voltages of your graphics card as software will always show a small variance and this can be disastrous under wrong circumstances.


On paper, GeForce GTX 980 Ti is the graphics card that many gamers will have been waiting for, and benchmarks from leading publications suggest that end users won't be disappointed. Indeed, in some cases, GTX 980 Ti has been found to be as quick (if not quicker) than GTX Titan X.