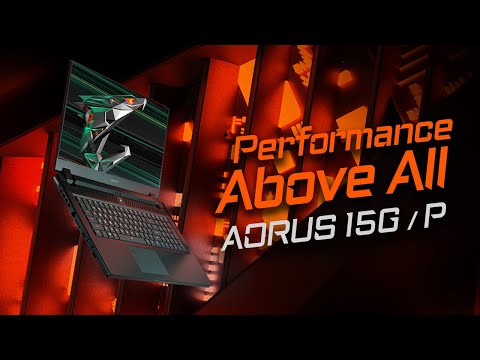 Scan code: LN112931 Manufacturer code: AORUS 15G KC-8UK2130SH
Share Facebook Twitter Google Reddit Pinterest LinkedIn
Order by 8:30 PM today and get it tomorrow
£1,499.99
Add To Basket
Get it Tomorrow, 26 MayIn stock
FREE DELIVERY ON THIS ITEM
From £35.06 / month (APR 5.9%) or 0% for 4 months
If you are approved for a credit limit with PayPal Credit and use it for future purchases, the APR for those purchases won't be more than 21.9% and may be even lower. SUPERIOR GAMING WITH GREAT PORTABILITY The AORUS professional gaming laptop is made for top gamers – the ultimate gaming platform that satisfies the high standards of professional players. Introducing the all-new Aorus 15G Gaming Laptop, powered by an Intel 10th Gen Core i7-10870H Processor, 16GB DDR4 RAM and includes the latest Nvidia GeForce RTX 3060 graphics, bringing you unprecedented gaming performance in a portable form. With a beautiful 240Hz 15.6" Full HD thin-bezel display and chiclet keyboard you can be confident the AORUS 15G takes gaming immersion to the next level. Gaming on the move has never been easier. WINDFORCE Infinity Cooling System The AORUS 15G is equipped with the latest WINDFORCE Infinity Cooling System, cooling efficiency is up by 37%, not only does this help the AORUS 15G to achieve 100% CPU and GPU outputs but also remains quiet and stable at the same time, with two gigantic 12v 83 blade fans, five heatpipes three of which are dedicated to directly dissipating heat from CPU and GPU and four exhaust vents ensure that the 15G is cooled efficiently and can continue to output masses of power all day long.